Anna loves to climb.
Up, up, up she goes, to the very top of the tree.
"Be careful!" says her mother. "Come down!" says her father.
But getting Anna down is not as easy as it looks...

Up, Up, Down started in 1975 as a finger play that Robert Munsch used with children in daycare. He said: "UP-UP-UP-UP-UP-UP-FALL DOWN," while he raised his hands and then fell down. The kids imitated him and loved the game.

He kept telling it and changing it, and slowly it turned into a story that also worked with older kids. The last change was adding "I'm the King of the Castle."

Anna lived nearby and was a climbing sort of kid. By the time the story finally became a book, Anna was on her college basketball team and really was going up and down a lot! 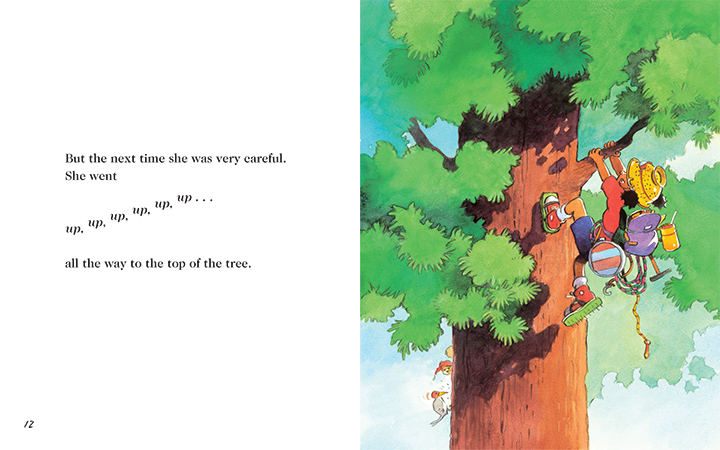