Temina is excited about her first airplane trip, and she wants to take ALL her toys. Her mom says she can only take ONE. But Temina knows that she really needs ALL that stuff, and she’s going to prove it!

Robert Munsch was on an airplane from Toronto to Edmonton when the girl sitting across from him opened up her backpack and took out an army of dolls. She put some on her seat, attached some to the seat in front of her and put even more on her table. Munsch wrote this story and then told it to the girl, whose name was Temina.

Temina lived in Cold Lake, Alberta, but by the time the book was published she had moved away. Munsch finally tracked her down in Germany!

ART ALERT! Temina's mother was in the military — look for the clues that Michael Martchenko has painted in the pictures! 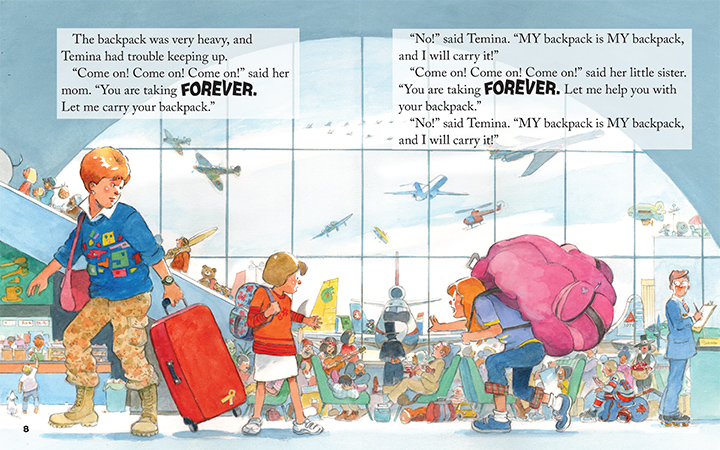