Samuel has woken up hungry and it seems nothing can satisfy him. For breakfast he eats huge bowls of cereal, milk shakes, stacks of pancakes, and two fried chickens, but it's not enough. Luckily, there's a pie eating contest in the park, where where Samuel eats not one, not two, but SIX pies– CHUKA CHUKA CHOMP! To everyone's surprise, he wins the contest without turning green and falling under the table. But what will happen when he discovers his mother has made him yet another pie for lunch?!

More Pies! is a hilarious story sure to delight Munsch fans of all ages.

More Pies! started as a lunchtime story in 1973 at the Bay Area Childcare Center in Coos Bay, Oregon, before Robert Munsch had ever thought about publishing books — it was just a funny story to tell before lunch. Unlike a lot of his stories, the character in it was not a real kid. This was a problem when, years later, he decided to make it into a book. There was no picture of Samuel to send to Michael Martchenko!

He could have used a kid he knew, but it seemed that after twenty-seven years of being a "Samuel" story, it was too late to change it. So he decided to wait until a Samuel wrote him a fan letter. Since he gets about 10,000 letters a year, he knew that one would write eventually, and he got one after only four months!

Samuel wrote an excellent letter. Munsch wrote back and asked if he wanted to be in a book. He did. So Samuel sent in pictures of his family and his house. Then the story changed because of Samuel's pictures, and Samuel's little brother ended up being in the story along with Samuel. This may seem like a strange way to write a book, but it worked! 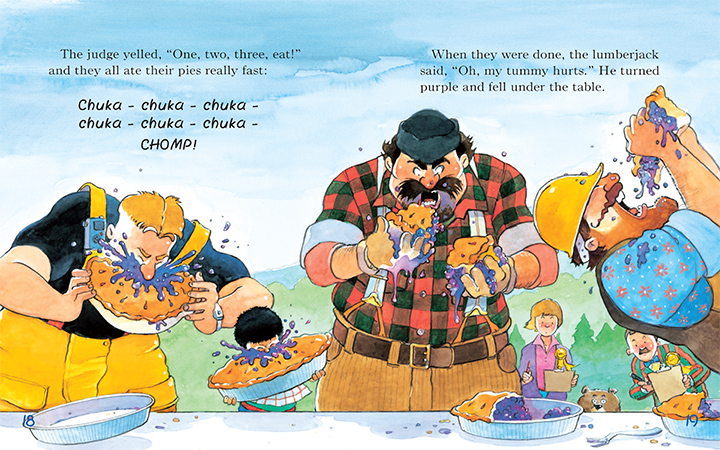