Helen loves springtime — except for the gazillions of blackflies and mosquitoes. But she has a plan. . .

One day Helen wakes up and it's SPRING! The snow has melted and the sun is shining. But Helen knows that the blackflies will be coming out soon. So she does what any smart kid would do: she sends her little sister outdoors to check! When the blackflies and mosquitoes carry her away, Helen tells her dad, who rushes outside and is carried away himself. Now Helen needs to rescue BOTH of them, along with a wolf and a very clever bear. . .

Robert Munsch met Helen in Fort McMurray, where there are a lot of blackflies in the spring!

Jay Odjick, an Algonquin artist, drew from his childhood experiences in illustrating this book: as a kid, he spent many hours indoors learning to draw as he hid from the blackflies and mosquitoes! Jay incorporated some First Nations decor and visuals to Helen's house and in his illustrations of her dad. Also fuzzy moose slippers, which he would love to own a pair of! 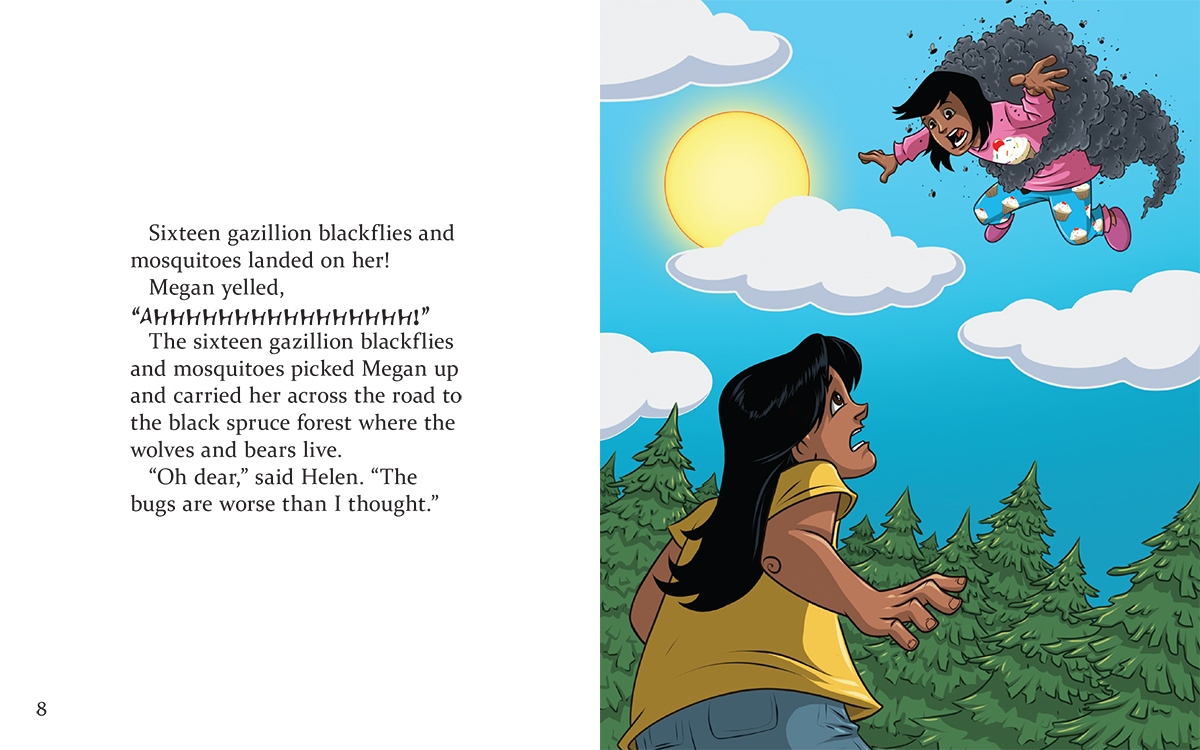