"Yeow!" shouts Andrew. "Do something about my loose tooth. It hurts!" Andrew's dad breaks his pliers trying to pull that tooth. Andrew's mother can't yank it out, either. Both Andrew's dentist and the Tooth Fairy herself are stumped!
Finally Andrew's friend Louis comes up with a special tooth-removing remedy that requires plenty of pepper and a great big sneeze.

Robert Munsch first told this story in Fort Qu'Appelle, Saskatchewan, to a whole gym full of kids. The Grade 2 class was in the front and lots of the kids were missing teeth, so he made up a tooth story. He says it was not very good, but the kids liked it because they all had loose teeth. 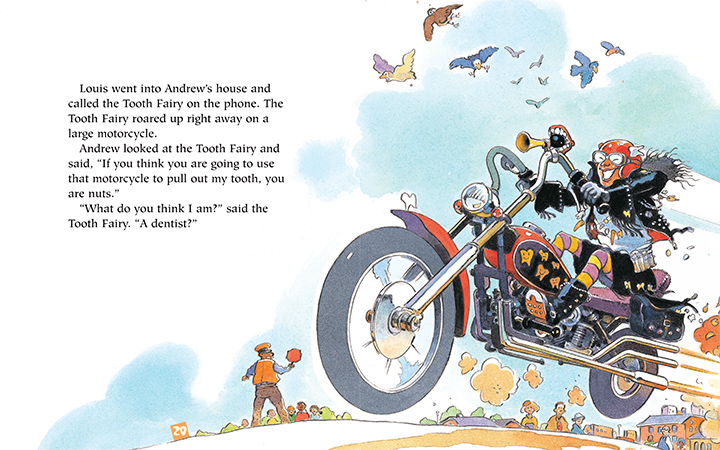