Julie saves up all her money and uses it to buy an enormous box of makeup. She puts purple stuff on her eyes, green stuff on her cheeks, and black stuff on her mouth. She thinks she is as pretty as a movie star! Why don't her parents think so too?

In November of 1984, Robert Munsch was supposed to be telling stories at the Northern Arts and Cultural Centre in Yellowknife, Northwest Territories. But he didn't make it to the show because he got stuck in a three-day blizzard on Victoria Island in the Arctic Ocean. When he finally got to Yellowknife, he did a quick replacement show for anyone who could come. There were lots of really little kids — and two teenage girls. He wanted to use one of the teenage girls in a story, but he didn't have any good stories for teenage girls. So he told a makeup story, because the girls were wearing lots of makeup. Munsch left right after the show and never got to talk to the girl in the makeup story. He even forgot her name.

Fifteen years later, when he wanted to make the story into a book, he decided to use his daughter Julie, who loved to do face painting and makeup when she was growing up. The last picture in the book, where Julie is doing dress-up, is based on a real photo. 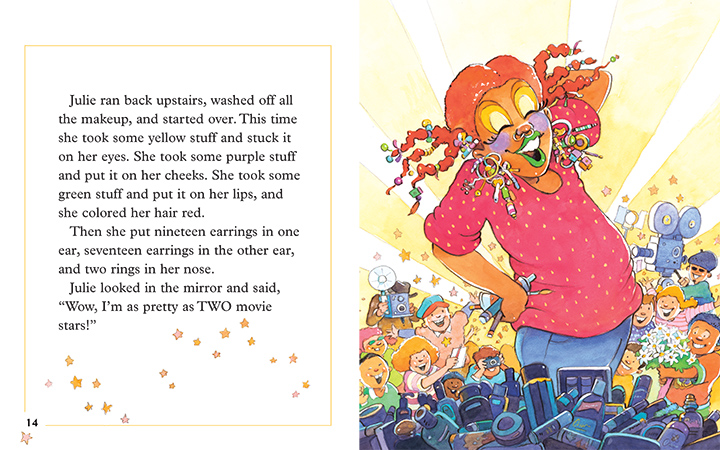