Aaron is having a BAD HAIR DAY. But when he gets mad and yells at his hair, he ends up with an even bigger problem - his hair runs away from home! How is Aaron going to get his hair back on his head? 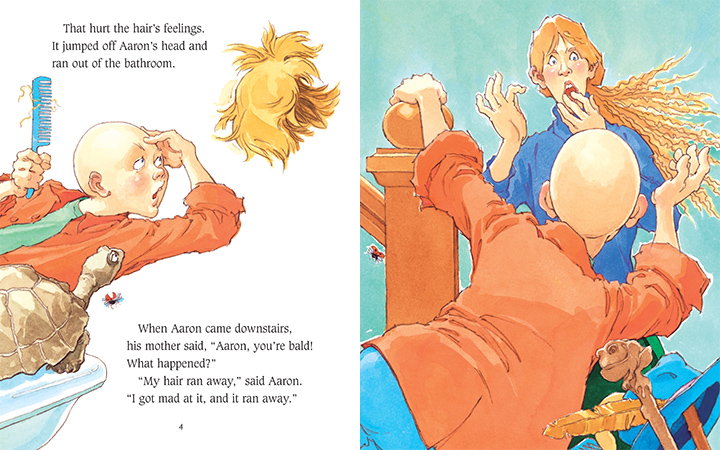