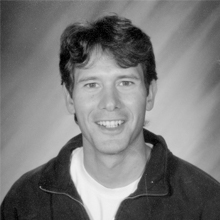 A Letter from the Author

My favourite author, C.S. Lewis, once said that when he wrote his Narnian Chronicles he “saw in pictures,” the stories as they unfolded in his mind. If you have read the book or watched the movie, you will know how vivid those pictures must have been for us to enjoy a story written half a century ago. When I wrote Escape the Mask, I found the same kind of wonder occurring. The world of Grassland began to appear in my thoughts: the sharp mountains etched against the blue sky, the tall grasses bending to the sea. Faces of characters — Coriko and Pippa, Thief and Feelah, Tia and Bran — became people I knew personally. When I close my eyes I can see Pippa’s flashing smile and her determined face. Beside her stands Coriko, aware and alert to the dangers around them.

The Hockey Tree is my first picture book. It describes a passion for hockey that exists in every region of Canada. The game has been played on lakes, ponds, streets and even in living rooms! Pucks have taken numerous forms. The wooden puck in The Hockey Tree came from my brother-in-law’s winter experiences in Saskatchewan. Believe it or not, once frozen, cow and horse dung have also served as pucks in Canada! Writing a story about “shinny” hockey was an opportunity to explore some of the delights of playing my favourite game.

I believe that pictures are truly worth a thousand words, and can be a writer’s most precious tool. Throughout the Mask trilogy, I gathered photographs of various places that reminded me of Grassland. I have a postcard on my desk of a bay, ringed by a towering mountain. It often causes me to pause and wonder what the Grasslanders are up to at the moment. For a story can only capture moments in characters’ lives. In between the moments are thousands of adventures living in and beyond the pages. Coriko and Pippa have many adventures yet to live, and I do hope that some of you will take up the task to write them down.

Writing the lives of Coriko and Pippa and all their friends has been a wild journey. I have thoroughly enjoyed the ups and the downs of their lives. Your letters and emails, dear readers, are a constant encouragement that we have shared the journey together!

Best to each of you,