Zog and the Flying Doctors | Scholastic Canada
Our Books

Zog and the Flying Doctors 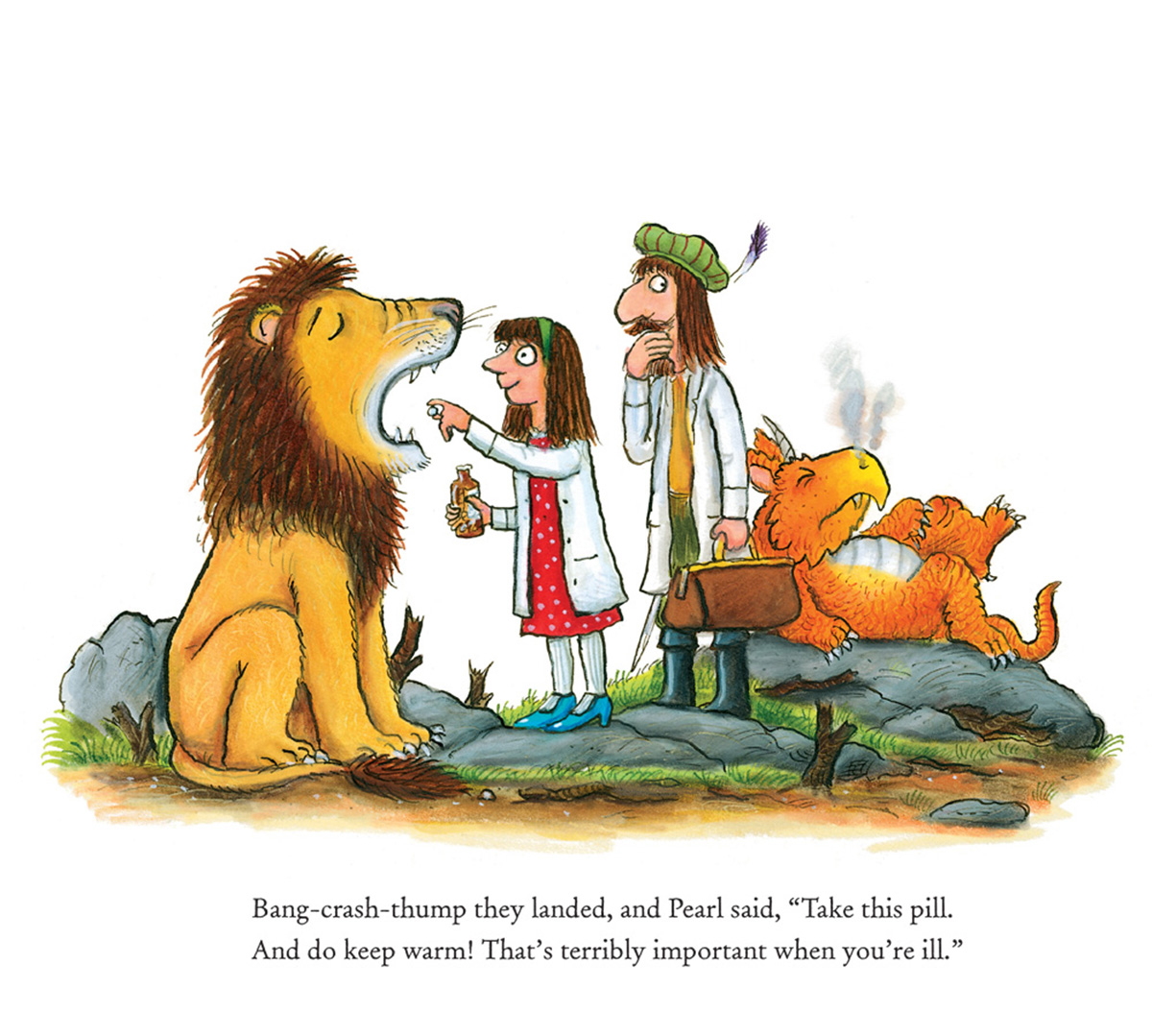 Zog and the Flying Doctors

From the bestselling duo of Donaldson and Scheffler, Zog the dragon returns with a girl-power princess story about being true to yourself!

Zog the dragon, Princess Pearl, and Sir Gadabout have taken to the skies! No sniffly lion or sunburned mermaid will go without care while the flying doctors are on duty. But Princess Pearl's unconventional career path doesn't sit so well with her uncle, the king. He thinks princesses should stay in their towers and embroider cushions all day!

When the king's mysterious illness befuddles all the royal doctors, however, it's Princess Pearl to the rescue! She not only heals the king -- she also changes his mind about what it means to be a princess.

The heroes of A Gold Star for Zog fly again in this story of the value of letting your talent shine, all told in Julia Donaldson's enchanting rhymes with Axel Scheffler's witty illustrations.

Praise for A Gold Star for Zog:

"Donaldson, the current children's laureate in Britain, is a master of witty comic rhyme and original stories with heart. Here she and Scheffler outdo themselves with the smart, funny -- dare I say, deep? -- story of a dragon in training, a princess who wants to be a doctor and a knight who could use a bit of rescuing. The book gets a gold star too." -- New York Times

"While Scheffler's characters are straight out of fantasy, they exude a sweet, down-to-earth quality that makes them instantly sympathetic. Readers will get a kick out of the genial self-awareness in his cartooning -- on almost every spread, a character glances at the audience as if to say, 'Can you believe this?'" -- Publishers Weekly