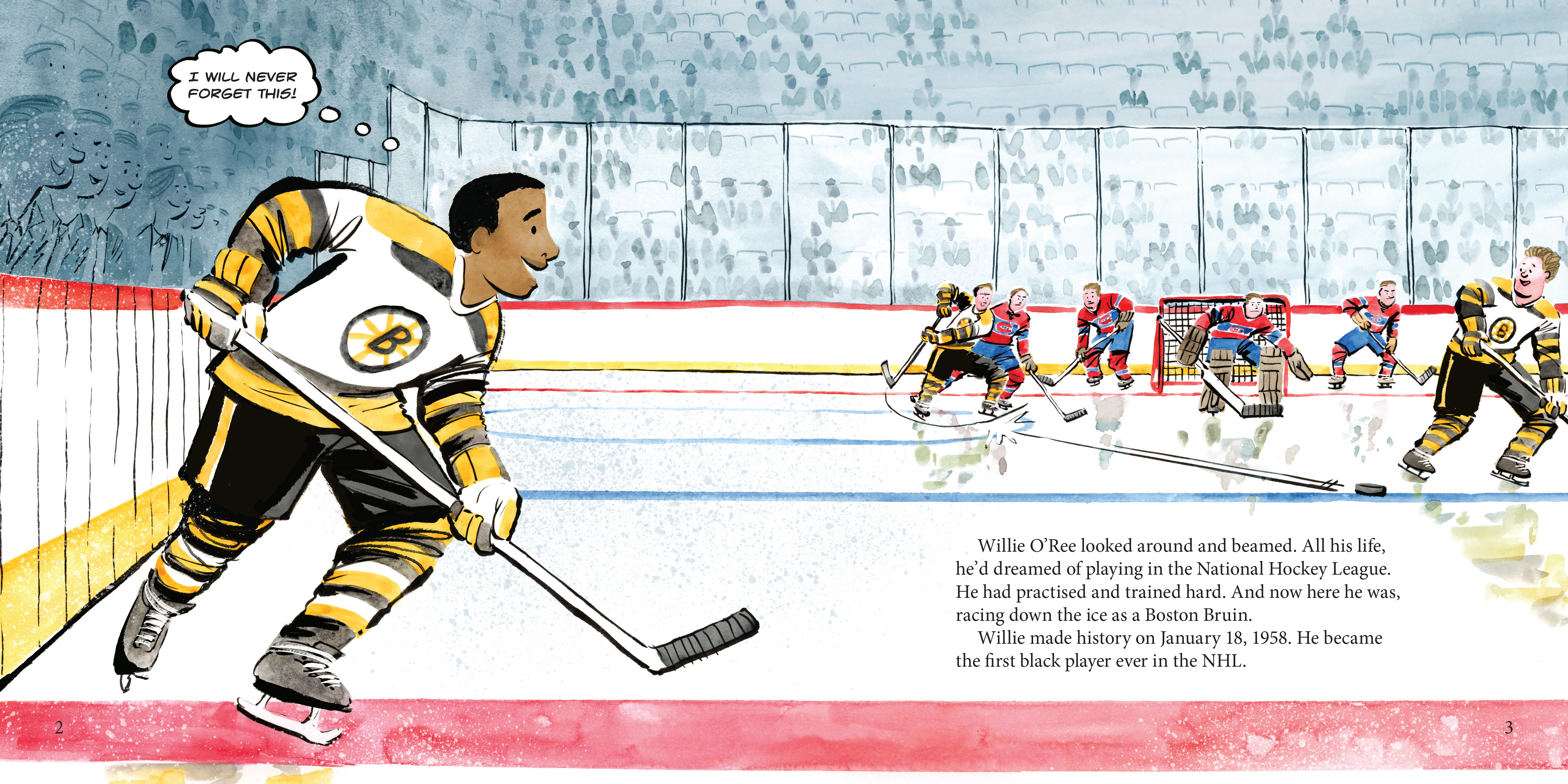 Meet Willie O'Ree—the NHL player who broke down barriers on and off the ice.

Growing up in Frederiction in the 1930s, Willie was a top all-around athlete — but the sport he loved most was hockey. On January 18, 1958, Willie became the first black player in the NHL. To get there, he had faced racism and an injury that would have ended most hockey careers. And playing in the NHL was only the start of his incredible career.

Because Willie believed in hard work... and helping others.