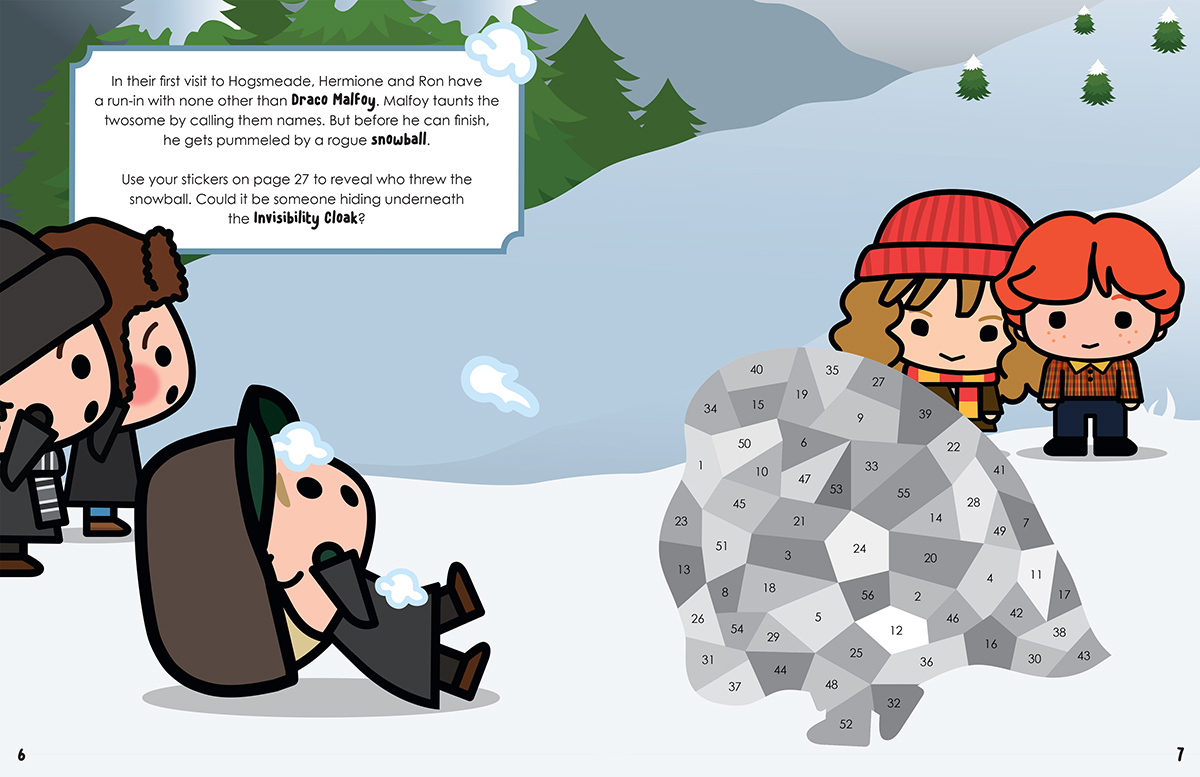 This Hogsmeade-themed sticker book is just like magic! Match stickers to their corresponding pages and reveal 10 enchanting scenes, straight from the films of Harry Potter!Ten Hogsmeade scenes from the Harry Potter films have become jumbled, and it's up to readers to set them right! Create ten Harry Potter images with this fantastic interactive sticker book inspired by the magical village Hogsmeade a favorite destination for students attending Hogwarts School of Witchcraft and Wizardry. Match puzzle piece-like stickers to their corresponding images and reveal amazing scenes from Hogsmeade including: Honeydukes, the Three Broomsticks, and Zonko's Joke Shop. With an adorable art style and a focus on fun moments, this Create by Sticker book is sure to be enjoyed by all Harry Potter fans!