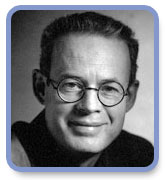 Don Gillmor is the author of six popular award-winning children’s picture books, including the Governor General Award winner Yuck, a Love Story and The Fabulous Song, winner of the Mr. Christie’s Book Award. He has worked with illustrator Michael Martchenko to create the loveable Sophie and the Sea Monster, an OLA Best Bet, and collaborated with Pierre Pratt for The Boy Who Ate the World (and the girl who saved it). Don’s stories are beautifully crafted, funny, whimsical, and touch on real childhood issues.

Don initially wrote as a journalist and then later began writing children’s books. He has written for many magazines including Rolling Stone, GQ, and Premiere. His articles have earned him six National Magazine Awards.