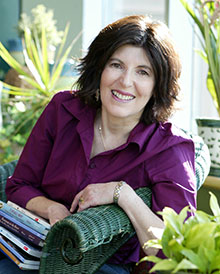 Carol Matas is one of Canada's leading writers of historical fiction. She is particularly noted for her books about World War II and the Holocaust, such as Lisa (winner of The Geoffrey Bilson Award for Historical Fiction for Young Readers), Jesper (a Mr. Christie Honour Book), Daniel's Story (shortlisted for the Governor General's Literary Award and winner of the Silver Birch Award), and After the War (winner of the Jewish Book Award). She has also written books on other historical periods, as well as fantasy and contemporary thrillers such as Cloning Miranda, The Second Clone, The Dark Clone, Tales of a Reluctant Psychic, and The Ghosthunter series with Perry Nodelman. Carol grew up in Manitoba. Of her research for Footsteps in the Snow she says, "I couldn't help but marvel at the strength and tenacity of the first settlers." She says of Turned Away, "It's tragic that children who had permission to leave France during WWII were turned away from Canada and were then murdered by the Nazis." She lives with her family in Winnipeg, Manitoba.