The Best Goalie Ever | Scholastic Canada
Our Books The Best Goalie Ever 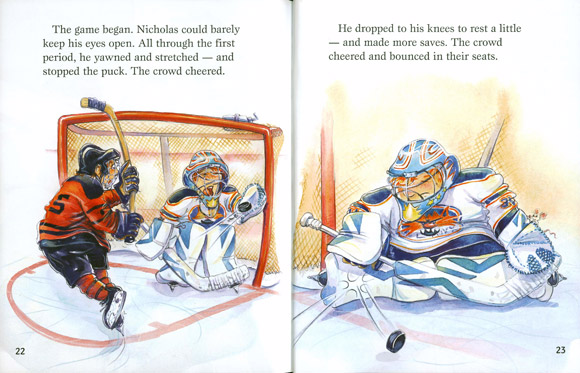 The Best Goalie Ever

Nicholas has to play goalie for the first time — and he can't stay awake!

The night before a hockey game, Nicholas agrees to fill in as goalie for his team. He has never played in net before, and spends a restless night thinking about it. That makes him so tired the next morning he can hardly eat breakfast or get into his hockey gear. When he gets to the arena, he's still so tired that he's falling asleep in goal! But miracle of miracles, every sleepy move he makes turns out to be a save!

This is another delightful story brought to us by the author-illustrator team of Where's My Hockey Sweater? and Hurry Up, Nicholas! Kids will relate to the anxiety-ridden Nicholas, as he tries something new; and they will laugh out loud when he succeeds in spite of himself!