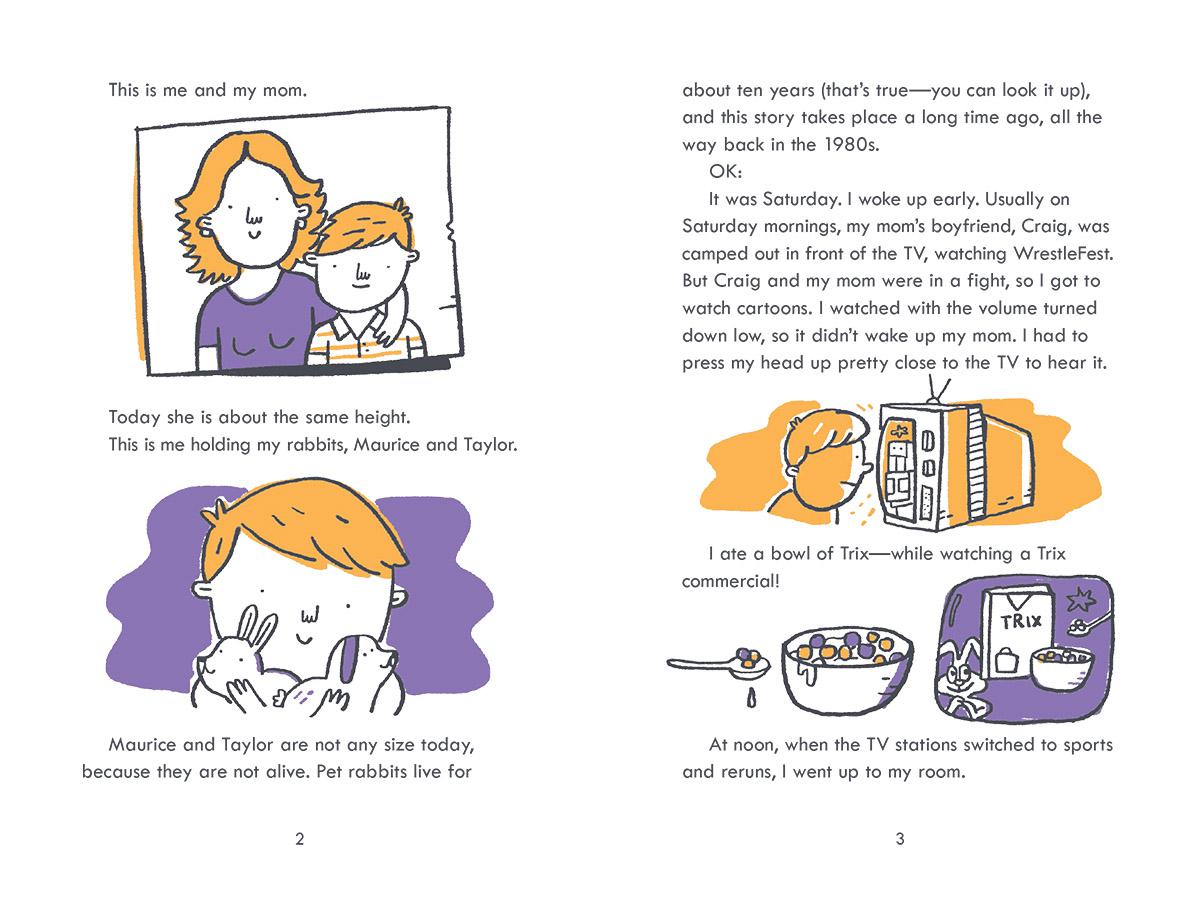 Before Mac Barnett was an author, he was a kid.

And while he was a kid, he was a spy.

Not just any spy.

But a spy...for the Queen of England.

Travel around the world with Mac B. and discover ancient castles, karate hijinks, killer cobras, secret submarines, video game headquarters and more on his top-secret assignments!

"Exciting action sneakily infused with points about the relationship between reality and story, delivered by a narrator who can claim with literal truth that he saved the day "on porpoise." -- Kirkus Reviews

"Mac, kid spy international, is back! On special assignment from the Queen of England herself, Mac drops everything back in the United States to assist in a missing raven caper in which the Russians may be involved. This short chapter book, with a familiar graphic style from previous volumes, does not disappoint. Mac travels all the way to Iceland to track down spies and the Queen's beloved corgis somehow get entangled in the adventures as well. Silly high jinks ensue as Mac saves the day in this third installment. VERDICT Highly recommended for fans of the series, this title features more of the wacky humor they have come to expect." -- School Library Journal

"Barnett opens his casebook again-this time to solve a classic locked-room mystery...Almost every page contains Lowery's illustrations, loosely drawn and garishly colored in green and orange, which give the whole affair a zany feel that is much enhanced by the narrative with its running gags. Kudos to a pint-size Poirot, pre-Mustache!" -- Booklist

"Barnett and Lowery team up again in this second outing of international espionage mystery with royal overtones... this is a nifty mystery for young readers and a worthy sequel to the first." -- Kirkus Reviews

* "Barnett and Lowery bring the funny to the serious art of espionage in a perfect interplay of text and illustration... Barnett interweaves tidbits of global history fit for trivia lovers, while Lowery's comic-style images play a key role in the humor...Told with a sense of nostalgia for 1980s history and pop culture, the silliness and originality of this book will hook young readers." -- School Library Journal, starred review

"Barnett takes his readers on a fun-filled ride... Barnett's tone throughout the story is humorous, lighthearted, and a little glib, and the over-the-top story is sure to appeal to many readers...an enjoyable romp that will leave readers salivating for the sequel." -- Kirkus Reviews

"[Barnett's] riotous series debut as an adult recalling a 1980s childhood caper... goofy, two-color pictures by Lowery (the Doodle Adventure series) ramp up the silliness of this adventure...which should snare even the most hesitant readers." --Publishers Weekly

"Barnett's knack for both quirky situational humor and heartfelt sentiment work in tandem to create a balanced-while still outrageous-early-chapter-book caper. Lowery's frequent cartoony black, yellow, and blue spot illustrations are integral to the narrative, providing clues to eagle-eyed readers and enhancing the humor." -- The Horn Book

"Barnett's series falls squarely in line with works from Jon Scieszka's and Dav Pilkey's oeuvres, offering kids another solid choice for what to read next." -- The Bulletin of the Center for Children's Books

"With a perfectly absurd premise, dialogue that demands outlandish accents, and a plot that interweaves global history and complete silliness, Barnett royally nails it." -- Abby Hanlon, author of the Dory Fantasmagory series.

"[In Barnett's books] there is no magic solution to any problem: The characters stumble through their dilemmas just as every one of us does. The world is a difficult yet good place, and there is no need for the typical rose-colored lenses that other children's books put on situations in order to fend off the bad stuff." --Yiyun Li

"He is a believer that picture books can have Swiftian absurdity and untidy endings, and that 'life is absurd, and kids know that.'"-- The San Francisco Chronicle