Elephant in the Dark | Scholastic Canada Elephant in the Dark 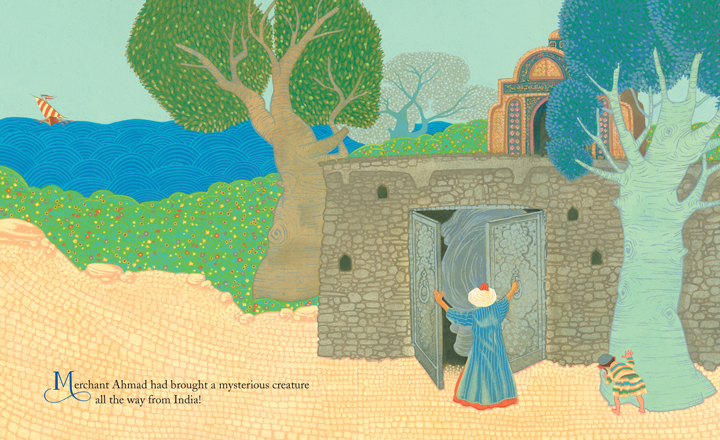 Elephant in the Dark

A bold, humorous rendition of "The Three Blind Men and the Elephant" illustrated by an award-winning artist!

A mysterious creature has been moved into the merchant’s barn—and the villagers are dying of curiosity. What does it look like? What could it be? The impatient villagers can’t wait until morning to find out.

One by one, each takes turns stealing into the dark barn.

And each is only able to feel one small part of the beast.

It’s not until the elephant walks into daylight that the truth is revealed.

This well-loved story is based on a poem by the popular 13th century Persian poet, Rumi. The author, Mina Javaherbin, also from Iran, has translated and retold this resonant life-long favorite universal tale for contemporary readers of all ages. Eugene Yelchin, Newbery Honor book author/artist of Breaking Stalin’s Nose, has based his brilliant illustrations on Persian miniatures.

" This brief novel gets at the heart of a society that asks its citizens, even its children, to report on relatives and friends. Appropriately menacing illustrations by first-time novelist Yelchin add a sinister tone." —The Horn Book, starred review

" Yelchin’s graphite illustrations are an effective complement to his prose, which unfurls in Sasha’s steady, first-person voice, and together they tell an important tale." —Kirkus Reviews

" Yelchin skillfully combines narrative with dramatic black-and-white illustrations to tell the story of life in the Soviet Union under Stalin." —School Library Journal