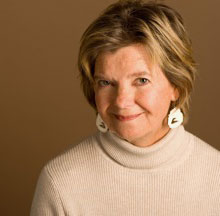 Julie Lawson is the award-winning author of many books for young people. Her three novels for Dear Canada have been acclaimed by readers of all ages. A Ribbon of Shining Steel was nominated for both the CLA Book of the Year Award and the Hackmatack Award, No Safe Harbour won the Hackmatack Award, and Where the River Takes Me was a runner-up for the Bolen Books Children's Book Prize. Julie has a personal connection with each of these novels. One of her grandfathers, a Swedish immigrant, worked for the CPR from the time he arrived in Canada until his retirement, and her other grandfather, a multi-generation Nova Scotian, was a patient in a Halifax hospital on the day of the explosion. Both novels allowed Julie to delve into the history behind many of the stories she'd heard as a child. Her third Dear Canada is largely set in HBC's Fort Victoria, the birthplace of the city where she was born and raised, and now makes her home. Her most recent novel was Ghosts of the Titanic.