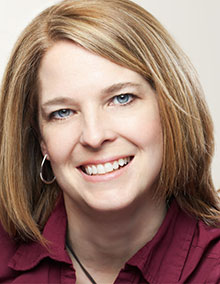 For as far back as Jennifer can remember, she has shared her brain with imaginary characters. She figures it’s okay if she talks to them as she’s working on her stories, as long as they don’t start talking back.

Jennifer began writing in elementary school. Her first attempt at a full-length story was in 6th grade when she wrote about a girl who becomes trapped in her daydreams and that world becomes real. Not a bad idea, you say? Wrong. It was pretty awful, but Jennifer liked it at the time. She even called a locksmith to do research on how to pick locks. When he found out she was only 11, he ended the call and the story got set aside, unfinished.

But she began other stories, writing in spiral notebooks or plucking out keys on an electric typewriter (yep, she’s that old). Stories of a boy who tries to sell his annoying sister, of a celebrity who gets stuck in a small town (think Disney’s Cars, only with humans), and several other stories that all eventually wound up in a box in the back of her closet. She also drew cartoons and made up poems about the people in them. Jennifer has taken steps to ensure the cartoons never see the light of day again.

Jennifer has always loved reading and for most of her childhood, kept a tall stack of books at the side of her bed. She loved the Hardy Boys and Encyclopedia Brown series’, but her favourite childhood book was The Wolves of Willoughby Chase by Joan Aiken. Her favourite book in junior high was The Outsiders. That book’s author, S.E. Hinton, published The Outsiders at the age of 17. Jennifer set a goal to be published sooner.

Jennifer didn’t make her goal, not even close. She got heavily involved in local theater, and in school speech and debate competitions. The theater entertained the characters in her head, and the speech and debate filled her desire to never stop talking.

Jennifer completed her first book in her early 20s. She told a neighbour she planned to be published one day. The neighbour smiled back like Jennifer had a greater chance of landing on the moon one day. That was understandable. The first book was pretty bad.

So was her second. And third. The fourth wasn’t terrible, but by then Jennifer had decided she was writing in the wrong genre. The characters in her head had changed from adult romantic suspense to young adult and children’s fantasy characters. Jennifer had to change her writing too.

Jennifer Nielsen lives in northern Utah with her husband, three children, and a dog that won’t play fetch. She is the author of The New York Times bestselling Ascendance trilogy; the Mark of the Thief series, and A Night Divided. She loves chocolate, old books, and lazy days in the mountains.