Leonardo has been funny since he was born: he was a funny baby, a funny toddler, a funny first-grader. Now he is in grade four, and Mrs. Gomez asks him to stop being funny. Leonardo tries and tries until he thinks he’s going to burst! He just can’t help it!

In 2005, two kids sent Robert Munsch a movie that they had made themselves. It was a show about why he should visit San Antonio. He thought it was really neat, and decided to visit their school.

Then Munsch told some stories and answered questions. A kid named Leonardo asked, "How do you get your ideas?" Munsch said, "I'll show you." So he asked the other kids to talk to him about Leonardo till he got an idea for a story. The whole class yelled "CLASS CLOWN!" So Munsch made a story about Leonardo, the class clown. 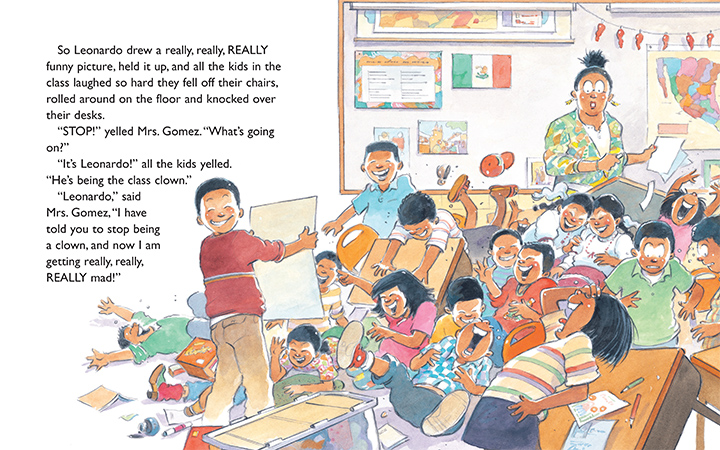