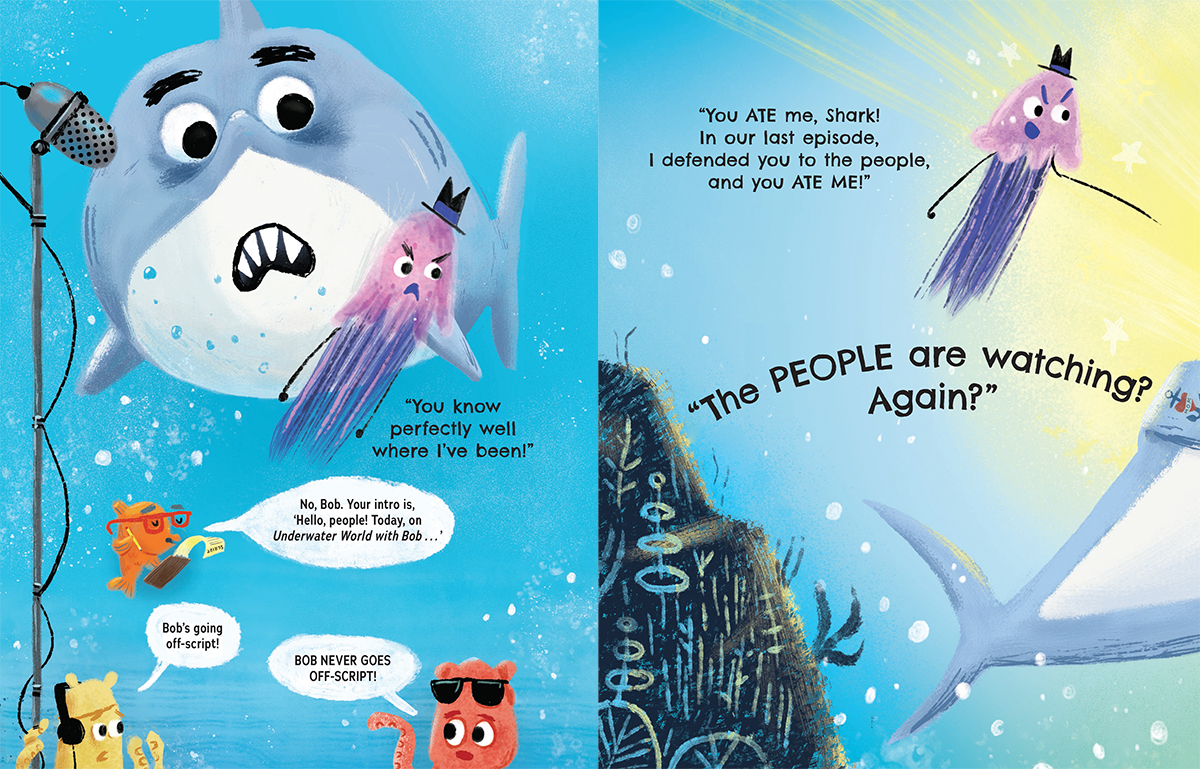 In this new Misunderstood Shark story from New York Times bestselling duo Ame Dyckman and Scott Magoon, Shark dares to ask the question: can friends eat friends (and get away with it)?

The filming of an underwater TV show goes awry when the crew gets interrupted by a... SHARRRK!

Poor Shark, he wasn’t trying to scare them, he’s just misunderstood! Then he’s accused of trying to eat a fish. Will Shark ever catch a break? After all, he wasn’t going to eat the fish, he was just showing it his new tooth! Or was he?

Explosively funny, extraordinarily clever, and even full of fun shark facts, this surprisingly endearing story gets to the heart of what it feels like to be misunderstood by the people around you. With a surprise twist ending, our Misunderstood Shark will have kids rolling with laughter!

"The over-the-top humor, comical asides from the TV
crew, and Magoon's boisterous, candycolored artwork, in thick lines and cartoonish
shapes, will lure in many a reader. The sneaky shark facts will go down easy in this
uproariously silly picture book." — Booklist
"Magoon's cartooning is both funny and visually striking... and the playful typography used for Dyckman's rapid-fire dialogue makes her blooper-reel humor even funnier." — Publishers
Weekly
"Fun and playful…or so Shark would have us believe." — Kirkus Reviews

"As she does in her title Wolfie the Bunny and Boy + Bot, Dyckman hits
the mark of both hilarious and sweet. Magoon's illustrations ... make up a fabulous cast that swim around in cool-colored waters, ranging from bright greens to deep indigos. VERDICT: Make
no mistake, this is a fun addition to any collection, best for reading close-up and one-on-one.” —SLJ