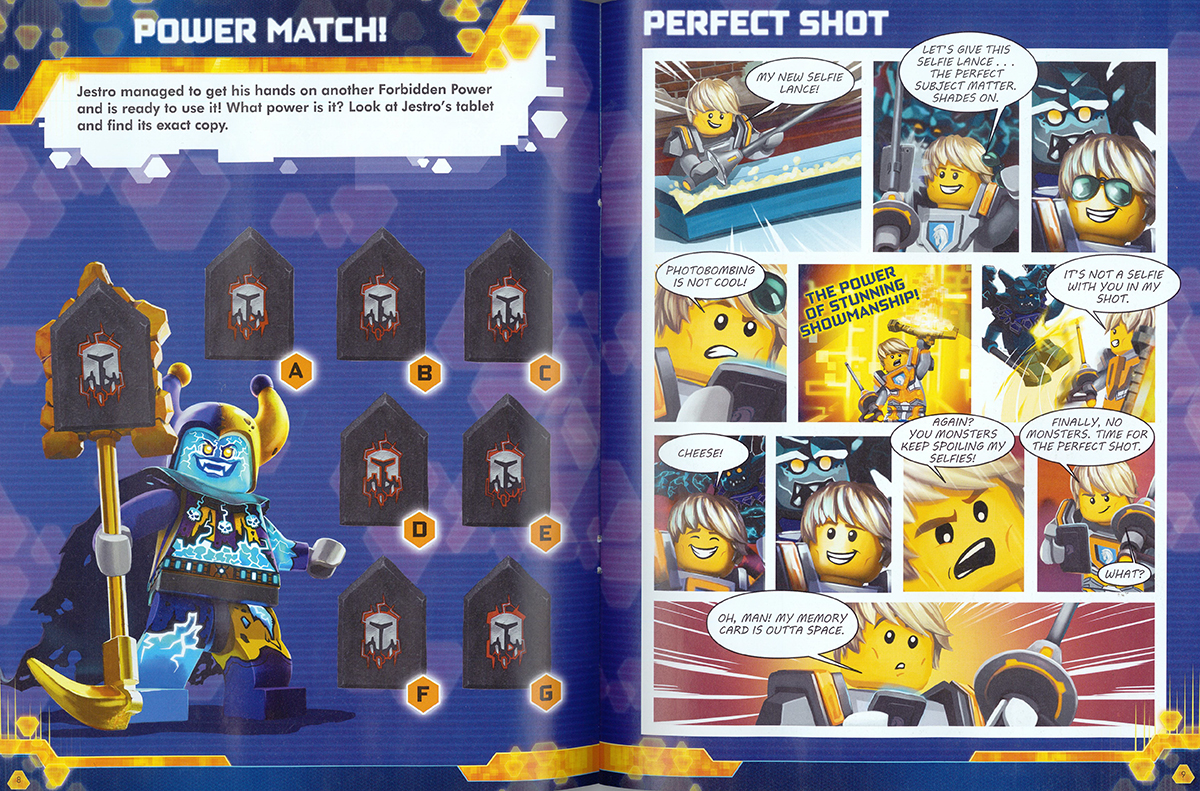 Set in the futuristic, high-tech world of the Kingdom of Knighton, LEGO® NEXO KNIGHTS™ follows five young knights in their quest to battle Jestro, his sidekick, the Book of Monsters, and their Lava Monster Army. Heroic knight, Clay Moorington, leads the band of knights, including alpha superstar Lance Richmond, hipster Aaron Fox, Macy Halbert, a princess who would rather be a knight, and Axl, the giant. Together, under the tutelage of Knights’ Academy mentor and Great Digital Wizard, Merlok 2.0, they join forces to defeat the enemy. This awesome activity book is packed with fun games and tricky puzzles — plus it comes with a minifigure!