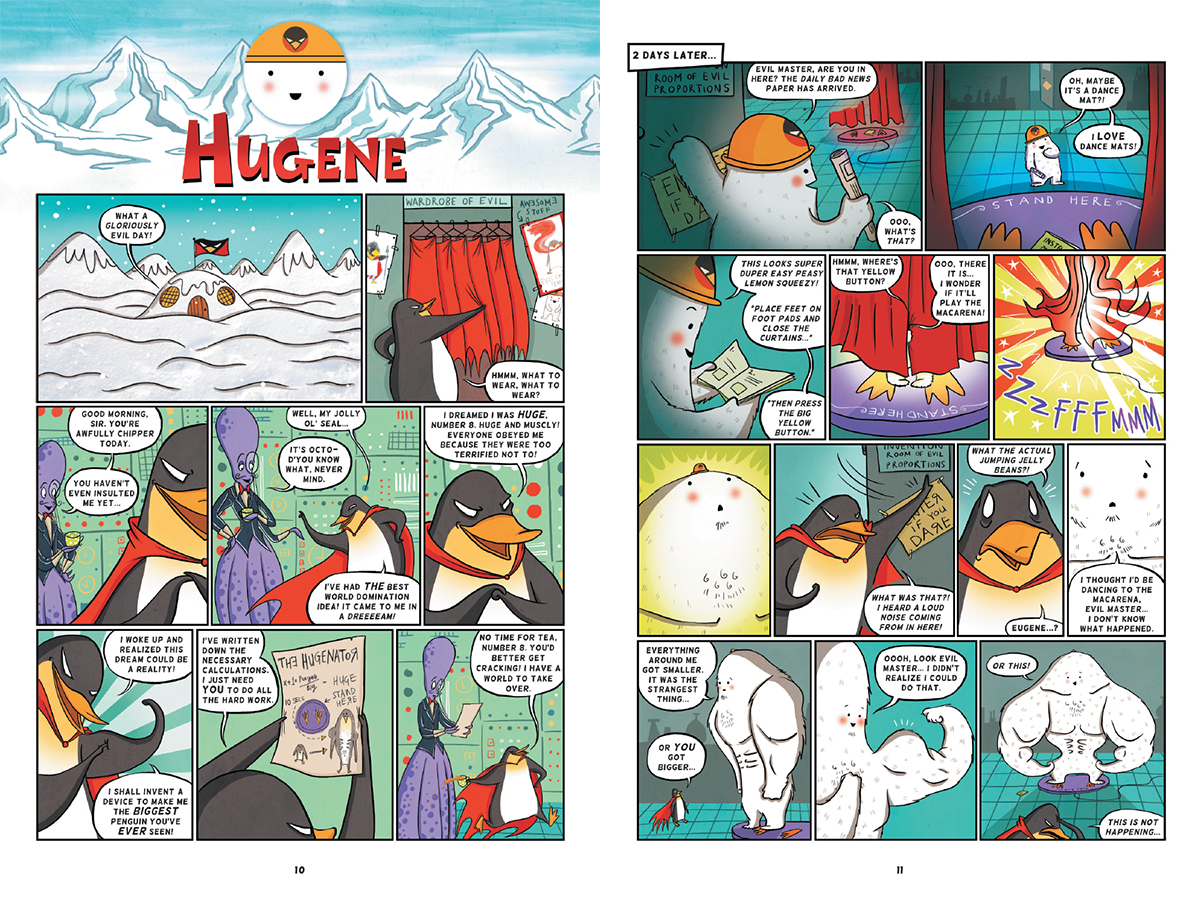 One part Despicable Me, one part Pinky and the Brain, and one part Happy Feet, the second in a laugh-out-loud graphic novel series about an Evil Emperor Penguin is hilarious fun.

Far away in the icy wastes of Antarctica lives a warm and cuddly, kind-hearted penguin who only wants to do good in the world . . . NOT! This is no ordinary penguin! This is . . . EVIL EMPEROR PENGUIN! And he wants to take over the world!

Of course, every evil ruler needs a sidekick and a minion, and Evil Emperor Penguin is no different. That's why he has Number 8, a very polite and thoughtful purple octopus butler, and Eugene, the incredibly cuddly abominable snowman clone who loves nothing more than a hug.

EEP and all the amazing characters from Book 1 return, together with some all-new and equally hilarious additions like Trojan the Hunk Virus, Neil the ridiculously inept minion, and Evilyn (Evil Cat's thirteenth cousin twice-removed, who's naturally thirteen times more evil). Join this cast of characters as they get trapped in video games and paintings, battle Spaghetti-O deprivation, turn into babies, and even take Evil days off.

"With its sprightly tone and unfaltering cheerfulness, Anderson's graphic offering seamlessly moves from rainbows and unicorns to the occasional well-timed fart joke. Shown through a cinematic lens and possessing an animated sensibility, her animal cast will instantly captivate readers. Between the book's look and its goofily offbeat sense of humor, it should be difficult for many young readers to get through without dissolving into a fit of giggles. With a tried-and-true formula of a not-quite-too-evil leader and lovably bumbling minion, this will undoubtedly appeal to fans of the Despicable Me franchise. A fantastically fun cartoon romp." -- Kirkus Reviews

"Hand this to kids who can't get enough Captain Underpants." --Booklist