When Isaac and Elena read a book about lions, all they want to do is ROAR! But being the king of the jungle on the school nature walk might not be such a great idea . . .

Robert Munsch made up this story in 1992 at a daycare in Antigonish, Nova Scotia, on the same day that he made up Lighthouse. For a long time the story was called "Growl," and it didn't have a specific kid in it. Then, all of a sudden, Scholastic wanted to publish it as a book, and he needed a kid! He had been sick and was stuck in his house getting better, so he got up and walked across the street to a family that he knew and asked if they wanted to be in a book. They said "Yes!" There were two kids, Isaac and Elena, so he changed the story to a two-kid story and it was even better that way.

When he tells the story, the audience joins in louder and louder each time he says "ROAR!"

ART ALERT! Did you notice which book is lying on the floor beside Elena? It's Just One Goal! 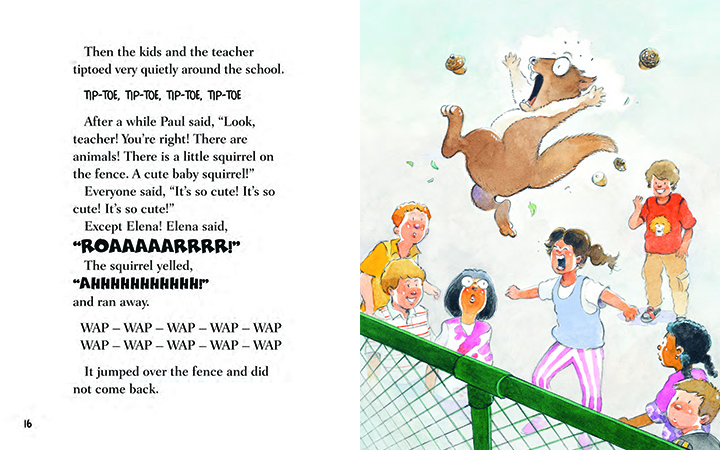