There’s a moose in the backyard! Luke’s mom and dad want to shoo it away, but the moose has other plans…

Robert Munsch first told this version of the story in 1987 in Geraldton, Ontario, where some of the cars that came for his show had dead moose on them. He kept telling it all through Northern Ontario, where he was on tour. It became one of his favourite stories to tell, and it had LOTS of different versions.

Finally, Munsch's publisher wanted to make the story into a book. But the story had no kid! Luckily he remembered a kid named Luke who had sent him a wonderful letter about his "tree house," which was strangely not in a tree. Munsch made up a brand new version of the Moose story for Luke and his family. 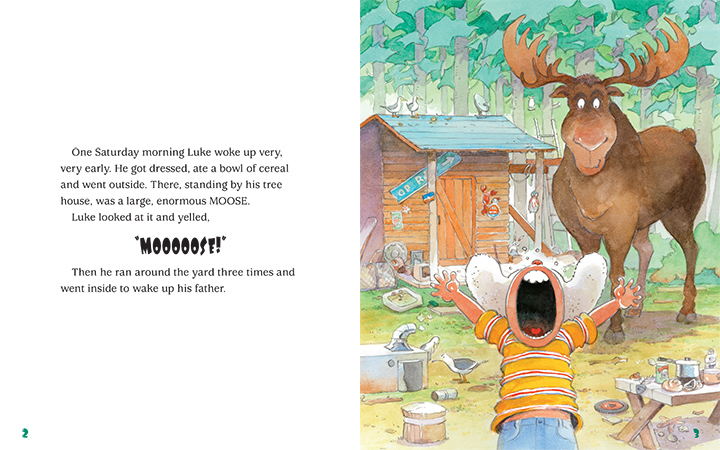