This adorable tale is now available in picture book format!

On the day Thea is mad at Mommy, she and her little brother Tate go for a walk around the block. They meet a snail, a skunk, a porcupine, and a gorilla, and get a hug from each one — but the hugs are slimy, smelly, poky and way too hard! It’s not until they get back to Mommy that both Tate and Thea get the best hug of all — a Mommy hug!

This gently affirming story from Robert Munsch is already a bestseller in board book format.

On a skiing trip in Alberta in March of 2001, Robert Munsch got a story idea during breakfast. He did not have a kid for the story, but he knew the name of a girl in the dining room because she was behind him in the buffet line and he heard her mom say her name. So once he was done with the story, he went over to the family and told them what had happened.

They were happy to have Munsch tell the story to Thea and her little brother, Tate — and that is how they got to be the kids in the story.

This is Munsch's first book that was published as a board book first, although a lot of his books became board books after they were published as regular picture books. 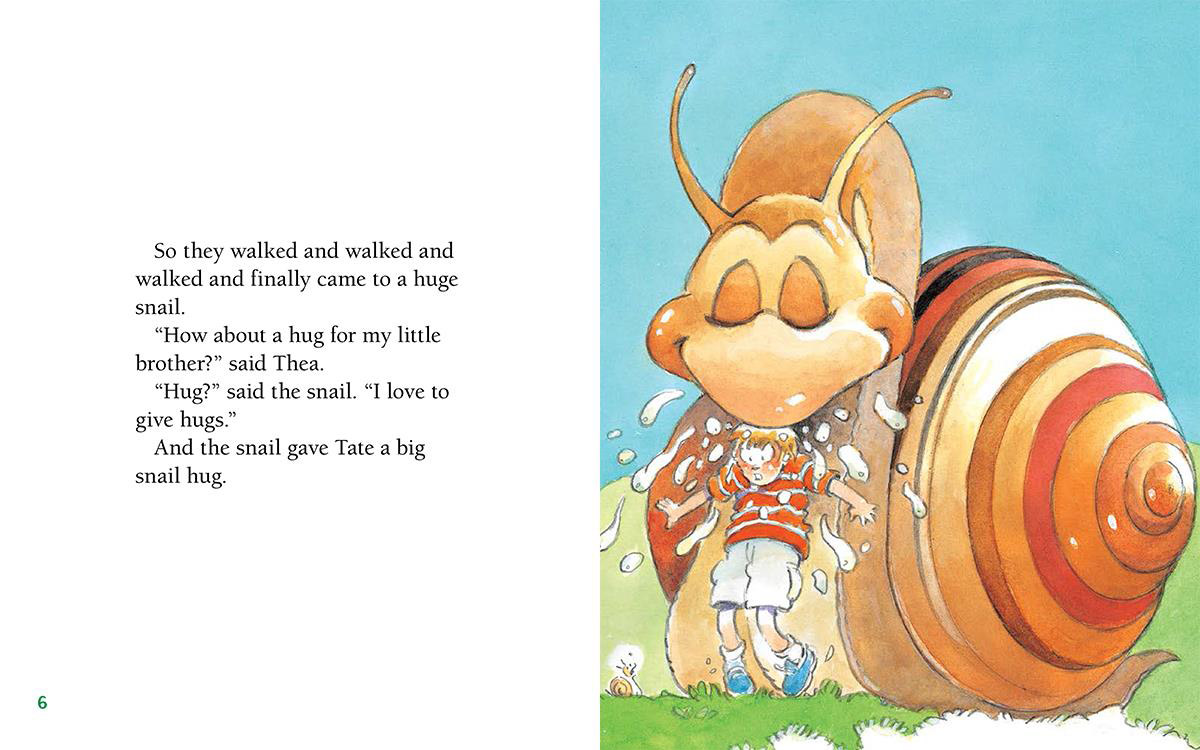