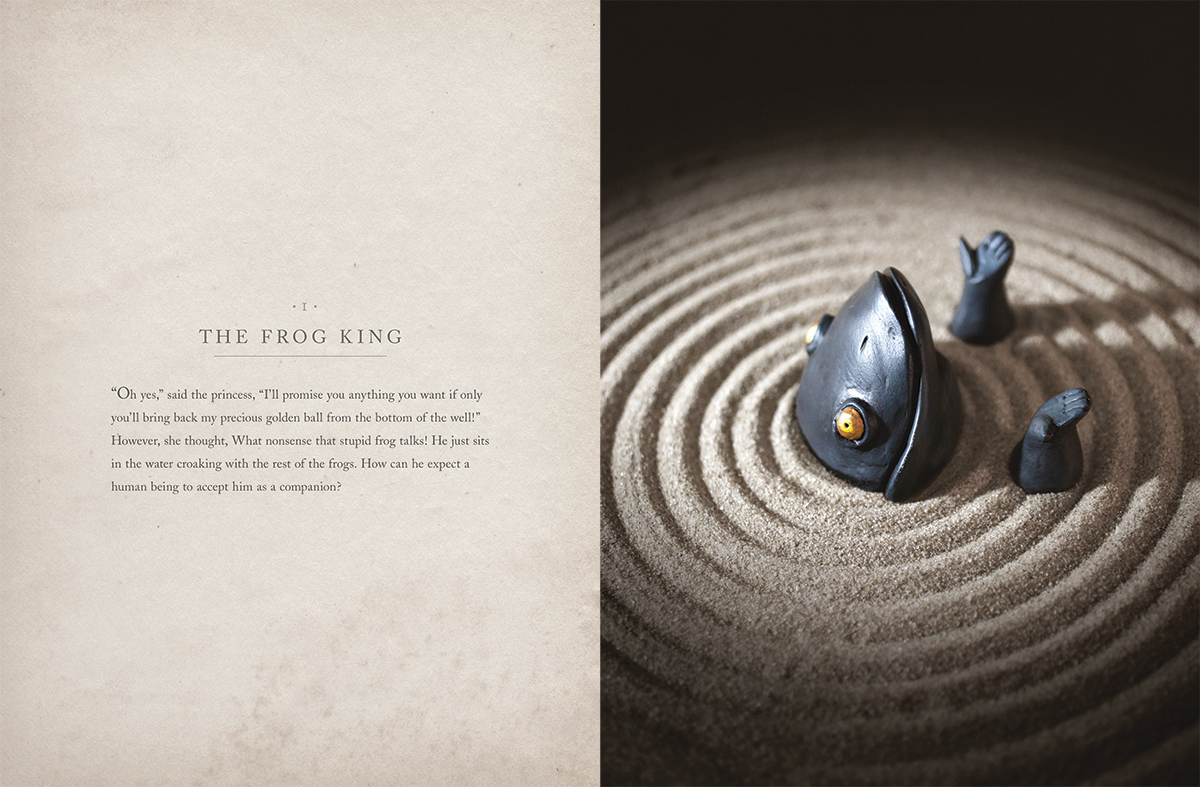 From the brilliant mind of Shaun Tan, Grimm’s fairy tales as they’ve never been seen before!

With an introduction by Jack Zipes, noted fairy tale historian and Grimm expert, Shaun Tan’s latest is like a brilliant museum exhibition that leads readers through the tales of the Brothers Grimm accompanied by sculptures of incredible power and originality. Each spread pairs a short excerpt from the tale with a Tan sculpture. Fuller descriptions of the tales are included in the back matter, along with suggestions of where to read complete retellings.

A must-buy for fans of Shaun Tan’s work, and a beautiful gift for lovers of fairy tales and folklore.

Praise for The Arrival

*"Filled with both subtlety and grandeur, the book is a unique work that not only fulfills but also expands the potential of its form." —Booklist, starred review

*"These stories representing the visionary work of a master storyteller, illustrator, and designer who cares deeply about his message deserve a place in almost every collection." —Booklist, starred review

Praise for Rules of Summer

*"As always, the swirl of emotion that Tan’s artwork kicks up lingers long after the book is closed." —Publishers Weekly, starred review