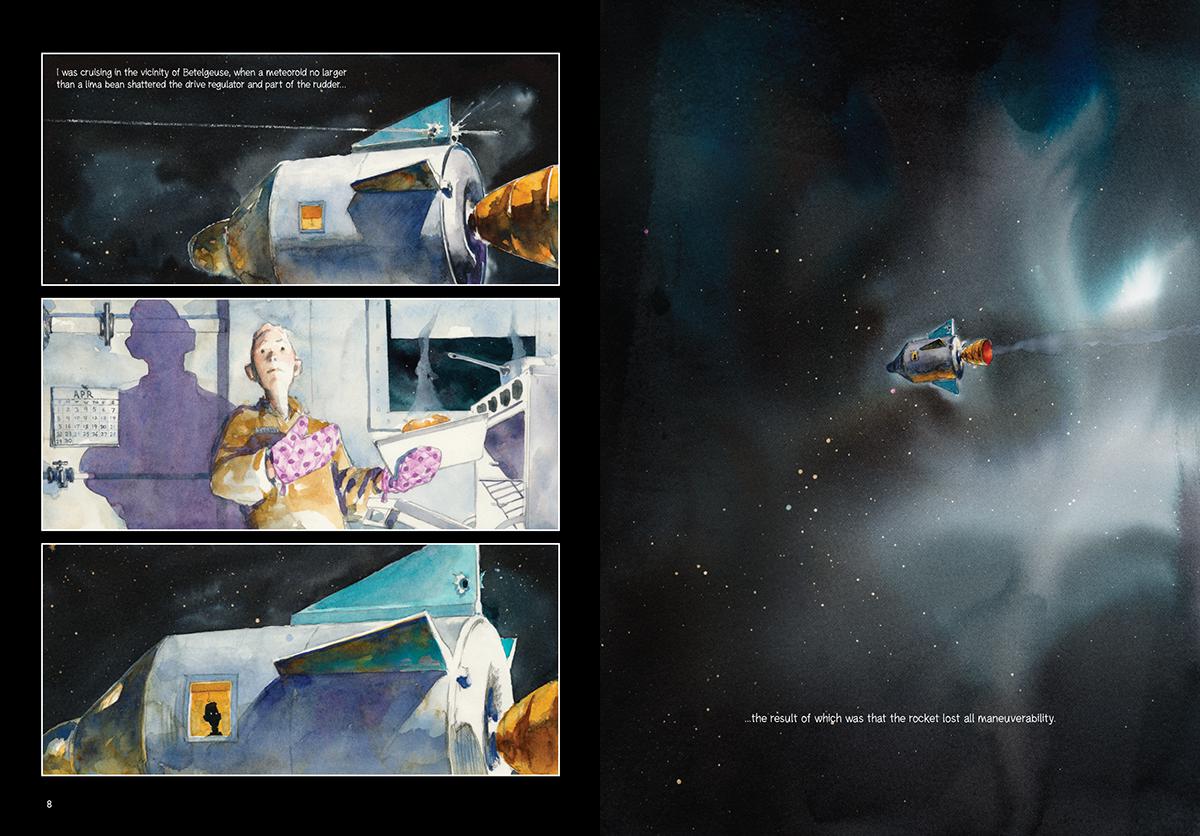 Ijon Tichy is caught in a TIME LOOP.Alone in his broken spaceship-with no one there to help him-he could remain trappedin space indefinitely!But soon something strange begins to happen: Tichy's past and future selves appear. And rather than helping one another, they bicker and fight as they crowd into the tiny vessel. Will Tichy stop fighting with himself long enough to save his own life?This sharply comical story by world-renowned science-fiction writer Stanislaw Lemhas been adapted into a brilliant graphic novel by Caldecott Honor and Eisner Award-winning artist Jon J Muth.

"An extremely funny, beautifully paced story of timey-wimey disaster and attempted rescue-and the perils of interaction with that most terrible of people-yourself. J Muth's hilarious and gentle masterpiece." — Neil Gaiman"Delicately washed panel artwork by Caldecott Honoree Muth (Zen Shorts) underscores the hilarity of late Polish author Lem's short story... Kandel's translation and Muth's art imbue the original with a crystalline, humorous clarity and delight." —Publishers Weekly"A colorful introduction to a brilliant science fiction author—Lem's visions of the future and Muth's art are a perfect match." —School Library Journal"Muth's atmospheric watercolor artwork gives an astounding sense of space. Vast expanses of darkness dotted with pale stars are the backdrops for Tichy's retro, tin-can-like spaceship, and Tichy himself, rendered in aqueous watercolors, has a charmingly limber look, which becomes increasingly comical as more and more Tichys appear at various ages. While this is a bit more sophisticated than the usual middle-grade graphic novel, space-mad kids who love arguing about the paradoxes of time travel will likely be wholly on board." —Booklist