The Case for Loving | Scholastic Canada
Skip to main content The Case for Loving 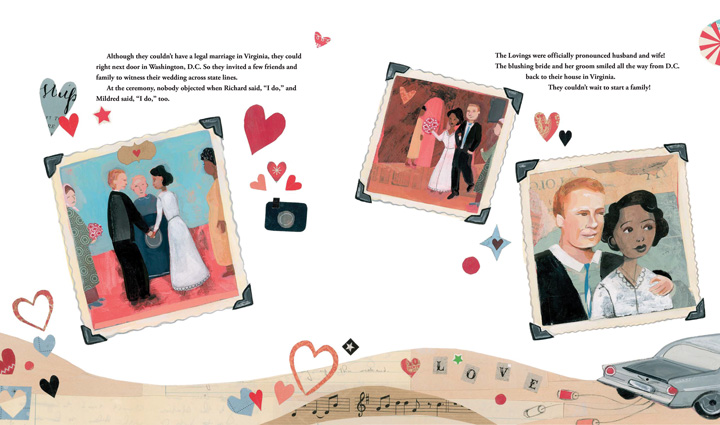 The Case for Loving: The Fight for Interracial Marriage

I support the freedom to marry for all. Thats what Loving, and loving, are all about. Mildred Loving, June 12, 2007

For most children these days it would come as a great shock to know that before 1967, they could not marry a person of a race different from their own. That was the year that the Supreme Court issued its decision in Loving v. Virginia.

This is the story of one brave family: Mildred Loving, Richard Perry Loving, and their three children. It is the story of how Mildred and Richard fell in love, and got married in Washington, D.C. But when they moved back to their hometown in Virginia, they were arrested (in dramatic fashion) for violating that states laws against interracial marriage. The Lovings refused to allow their children to get the message that their parents love was wrong and so they fought the unfair law, taking their case all the way to the Supreme Court and won!

Praise for The Case for Loving: The Fight for Interracial Marriage:

* "In their first picture book together, the husband-and-wife team of Alko (B Is for Brooklyn) and Qualls (Freedom Song) skillfully chronicle a vital moment in the civil rights movement, telling the story of Richard and Mildred Loving..." Publishers Weekly, Starred Review

* "Despite the gentle way this book unfolds, the language and images deal a blow to racist thinking and just might inspire the next generation of young civil rights activists." Kirkus Reviews, Starred Review