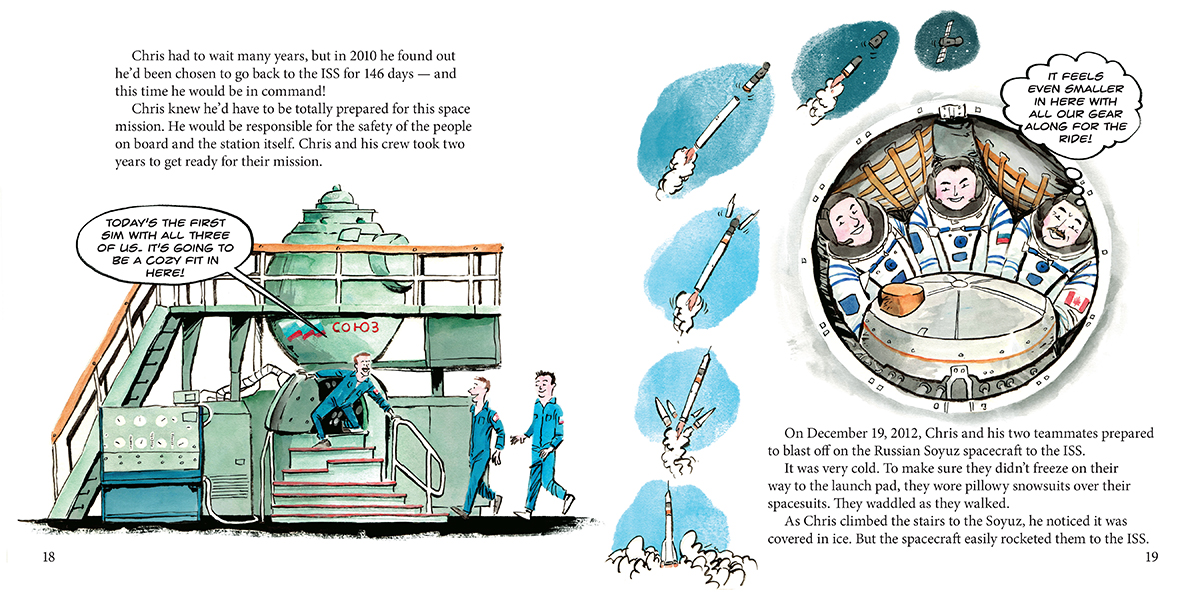 Meet Colonel Chris Hadfield, the first Canadian to walk in space — and make a music video while in orbit!

When Chris Hadfield was a boy, Canada didn’t have a space program. Yet, he dreamed of becoming an astronaut. Everything Chris did in his life — his engineering studies, his career as a test pilot and his commitment to learning — prepared him for the day when the impossible became possible. Chris served three remarkable missions in space, sharing his love of our planet and the universe with people all over Earth. On his last mission, Chris was in command of the International Space Station when a crisis hit. The ISS developed a leak in its cooling system. Chris and his team would have to repair it before it was too late!

Chris spent his whole life getting prepared. . . and he was ready!