No, David! (Board Book) | Scholastic Canada 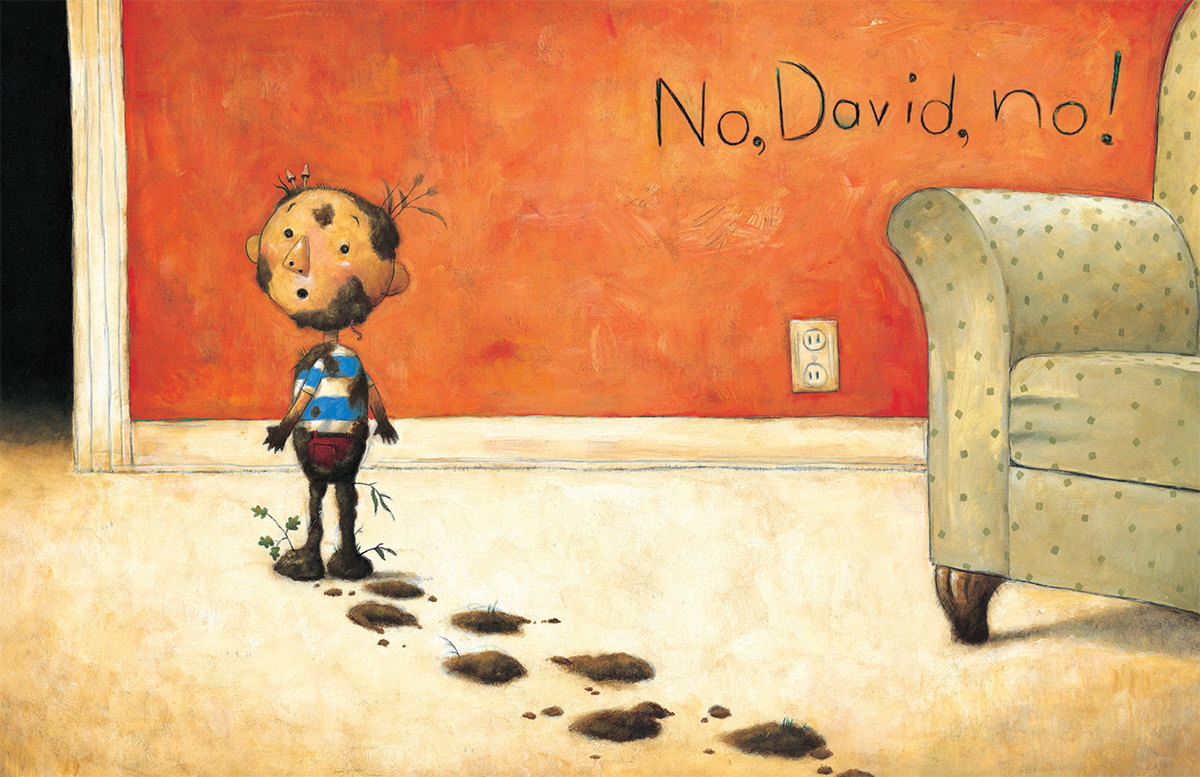 When David Shannon was five years old, he wrote and illustrated his first book. On every page were these words: NO, DAVID! . . . and a picture of David doing things he was not supposed to do.

Now David is all grown up. But some things never change. . . .

Twenty years after its initial publication, No, David! remains a perennial household favourite, delighting children, parents, and teachers alike. David is a beloved character, whose unabashed good humour, mischievous smile, and laughter-inducing antics underline the love parents have for their children — even when they misbehave.