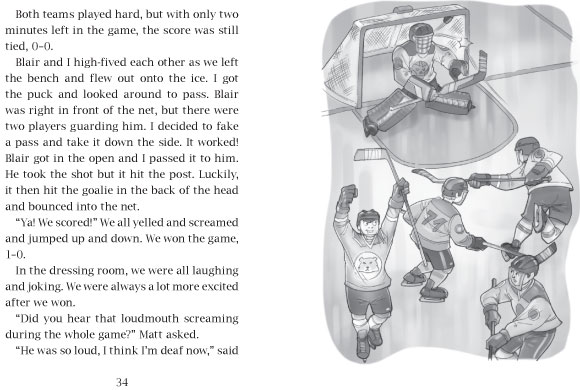 Sometimes, we find friendship in the most unexpected places.

When neighbourhood vandals smash the windows on the family car, ten-year-old Jordy is crushed. His old hand-me-down winter jacket has a big hole in the armpit, but now his parents won't be able to afford the new jacket they had promised him.

Many of Jordy's neighbours have also been victims - including Mrs. Brundle, an elderly woman whose precious lawn ornaments have been destroyed at the hands of the vandals.

When Jordy hears that his new hockey teammate, Ryan, is the younger brother of one of the teens picked up for the vandalism, he isn't sure how to feel. But when Ryan shows up wearing a new winter jacket of his own, and it's the very one Jordy had wanted, Jordy is furious.

In the end, an unexpected act of kindness from Mrs. Brundle gives Jordy the encouragement he needs to reach out to Ryan. And Jordy discovers that sometimes the best friendships appear when we least expect them.