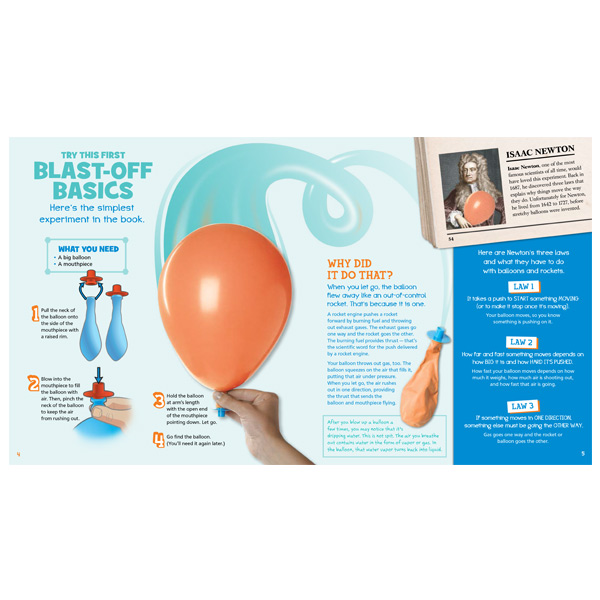 Build four balloon-powered vehicles and learn what makes them move.

Some people say "it's not rocket science" when something is easy to understand. Around here, we think that saying is kind of strange. Rocket science isn't difficult. In fact, it's as easy as blowing up a balloon and letting go.

Air Power delivers rocket-propelled fun in the form of four easy-to-assemble vehicles. Young speed demons can race a sturdy, cardstock hot rod across the floor, glide a hovercraft over the dining room table, take flight with a helicopter, and blast off with an only-from-Klutz balloon-powered rocket. Tweaking, tinkering, and experimenting are guaranteed.

Inside the book, super-clear building instructions and scientific explanations make hands-on experience with rocketry and jet propulsion as easy as child's play. Plenty of real-world examples show that the principles demonstrated here aren't only rad, they're relevant. Altogether, Air Power brings a breath — make that a blast — of fresh air to Isaac Newton's famous Laws of Motion. Turns out rocket science is way too much fun to leave to the rocket scientists.