Matthew’s family is off to the cottage. When they arrive, there is a sandcastle contest going on. Matthew builds a magnificent sand house . . . one so good that the judges can’t even tell it’s not real!

The Sandcastle Contest is actually three stories that got stuck together. One story was made up for Robert Munsch's daughter Tyya while the family was on vacation on a little island in the Caribbean called Nevis. Tyya was six years old then, and she loved to build sandcastles. Munsch made up a story where she built such a nice sandcastle that everybody thought it was a real castle. This story became one of his "beach stories," and he told it whenever he was telling stories on a beach or in a sandbox.

Meanwhile, every summer, the Luttmans, who live on Munsch's street, loaded up a camper with all sorts of stuff and then put five bicycles on top of the camper and drove off. Munsch decided to make up a story about a family who took along EVERYTHING for a camping trip!

Meanwhile, the Luttman kids were bugging their parents to get a dog. Munsch had made up lots of stories about kids who wanted a dog, but none of them was ever any good.

All of a sudden, these three things got tangled into one story, and out came The Sandcastle Contest. 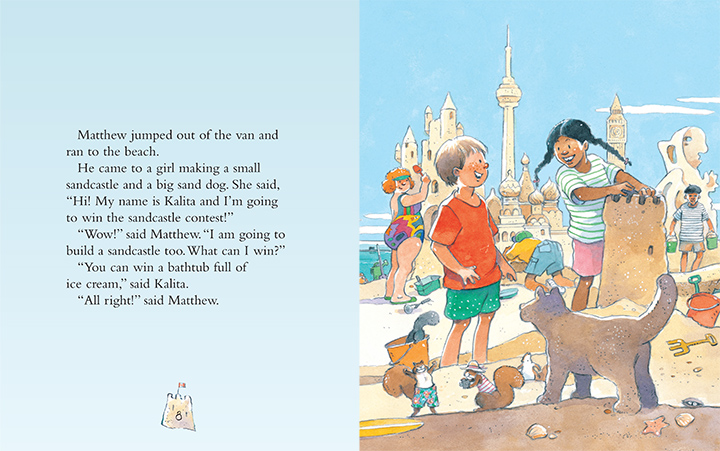