The Little Knight Who Battled the Rain

An endearing tale about finding creative ways to confront your fears.

The little knight lives in a curious little kingdom, a village built on the very top of a forest. He loves cats and chocolate cake, and he isn’t afraid of the dark, or of mice. The only thing he fears is the rain, which makes his armour rust.

One day, a huge storm descends. It rains for days, stranding the villagers in their high-up homes. The little knight, hiding in his fortress, has an idea to save the village. But can he face his fear and ride to the rescue? 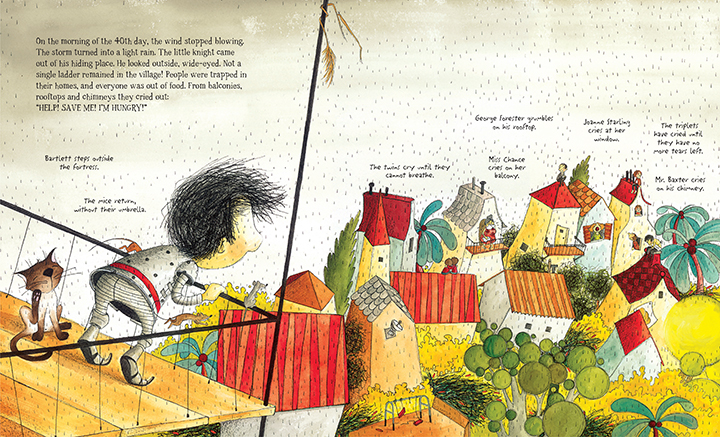