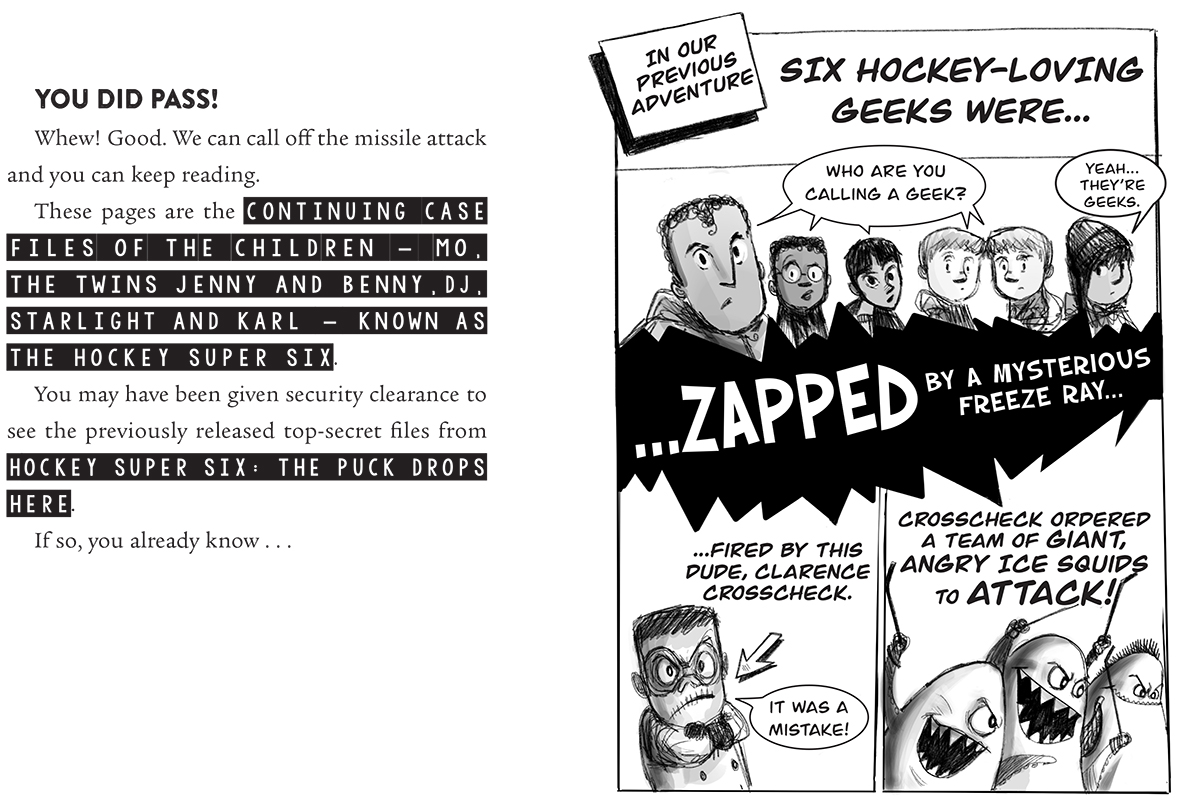 Will the Hockey Super Six thwart their enemy’s plans for world domination in book two of this action-packed series?

In the second book pitting six ordinary kids with super hockey skills against the forces of evil, Jenny, Benny, Mo, Starlight, DJ and Karl desperately need to stay out of Crosscheck’s grasp!

Their last run-in revealed to evil scientist (and former mediocre goalie) Clarence Crosscheck the scope of some of their secret powers — powers he can use in his never-ending quest for world domination. Hard at work on a robot army to do his bidding, Crosscheck underestimates how strong the Super Six can be when they work together as a team.

Get ready for high-stakes ice battles, non-stop hijinks and never-before-seen hockey action (it’s kids vs robots, and some giant lizards too)!