What is the secret behind Arie's red hair?

Alex is dying to know why Arie's hair is so red. So he asks him if there if there is a secret to it all, or better yet, something he can do to turn his own black hair red?

Soon he's following Arie's good advice and consuming daily doses of tomatoes and ketchup. But when he finds himself drinking hot sauce to, you know, set the colour, Alex starts to suspect that he's being played — and concocts a little plan to turn the tables on Arie's trick, by tempting him with his own recipe for turning red hair black!

Based on a boy named Arie from Montreal, whom Robert Munsch met while on a storytelling tour, Seeing Red celebrates the spirit of good-natured pranks with some over-the-top antics and hilarious imagery, while providing a gentle lesson about accepting who you are and what you've been given. 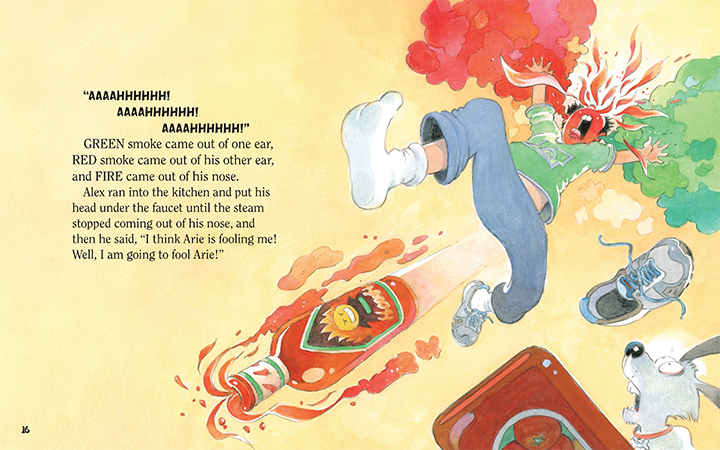 "Laurel and Hardy, Holmes and Watson, peanut butter and jam — some things just go better together. Robert Munsch and Michael Martchenko figured that out a number of years ago, and have been teaming up to produce silly, insanely popular books ever since." —Quill & Quire