Tina's new socks are so wonderful she vows to wear them every day.

Tina loves her brand new socks so much, she's never, ever going to take them off! But when her wonderful socks start to get smelly and she still refuses to take them off, her friends have to take action.

In November of 1984, Robert Munsch was telling stories at the Dene reserve across the river from Hay River, Northwest Territories. He could see the reserve from Hay River, but had to drive a long way to get to a bridge.

Only three kids came to the storytelling. He was really glad that anyone showed up and so he told a new story about each kid. Tina had very colourful socks, and he made up a story where she kept switching her dirty socks for other people's clean socks. It was not very good, but Tina liked it.

The dirty socks idea turned out to be a good one, and he kept telling sock stories. By the time Smelly Socks was published, Tina was grown up, had a baby and was living in Fort Smith. She was not a little kid anymore, but she was really happy that her story was finally going to be a book! 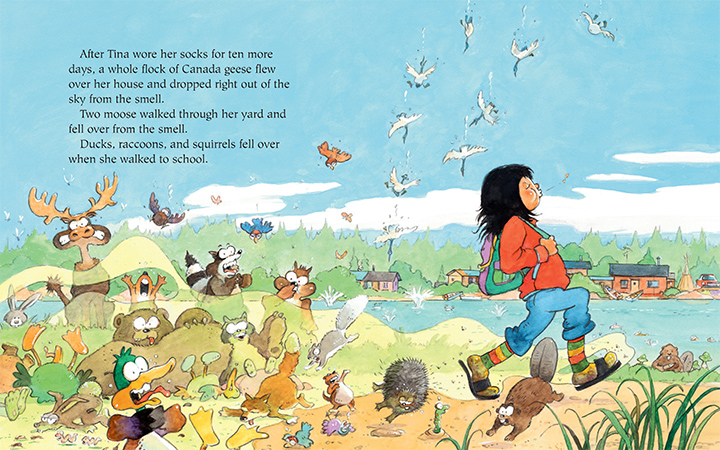