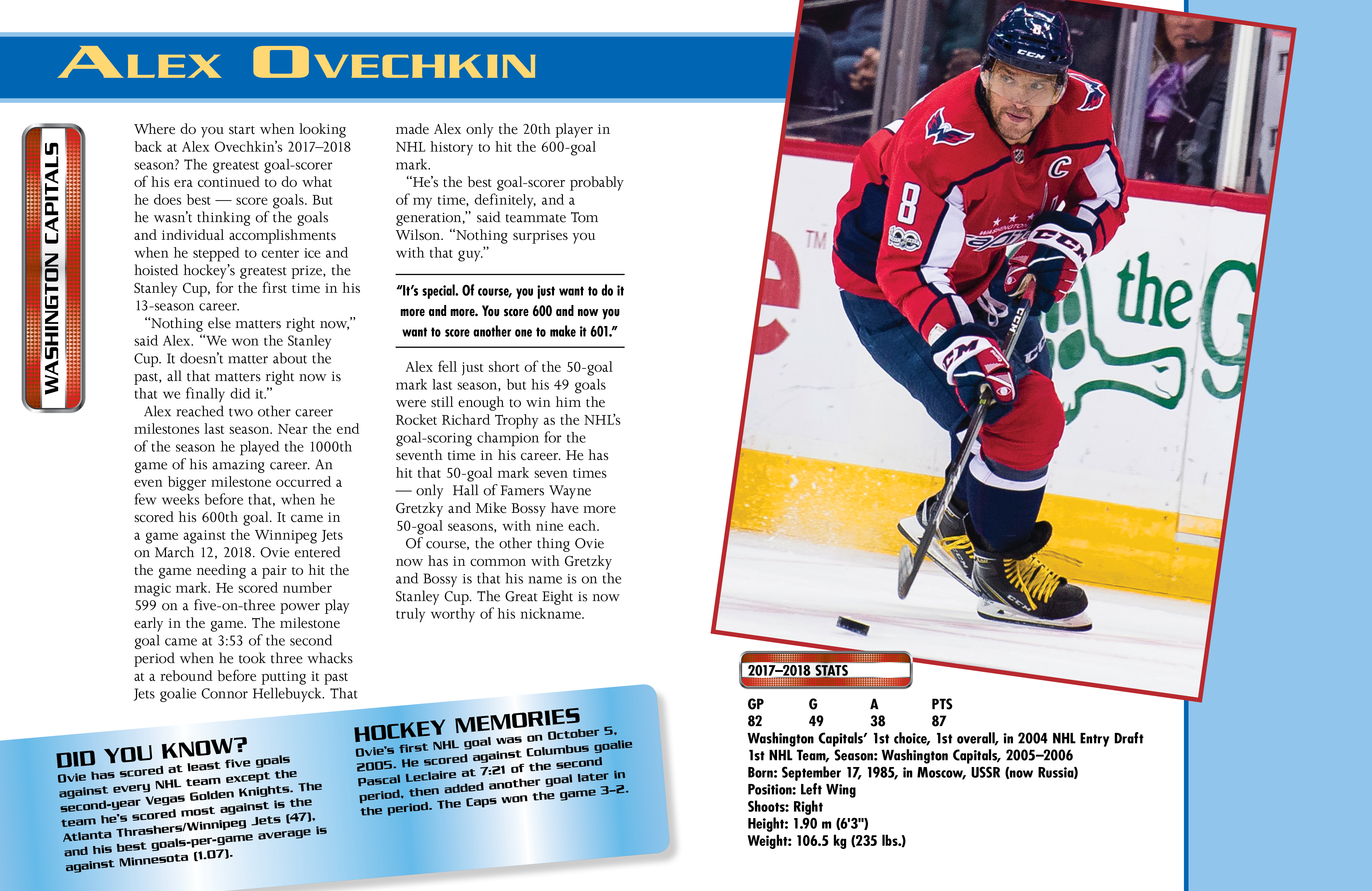 Hockey Superstars also includes info on all the teams — with fill-in pages so kids can choose and track their favourite players and predict the season — referee signals, NHL award winners, and a countdown to the Cup fill-in poster!

This year's edition will also include men's and women's Olympic hockey highlights. It’s a must-have for any hockey fan as they head into the next exciting hockey season!