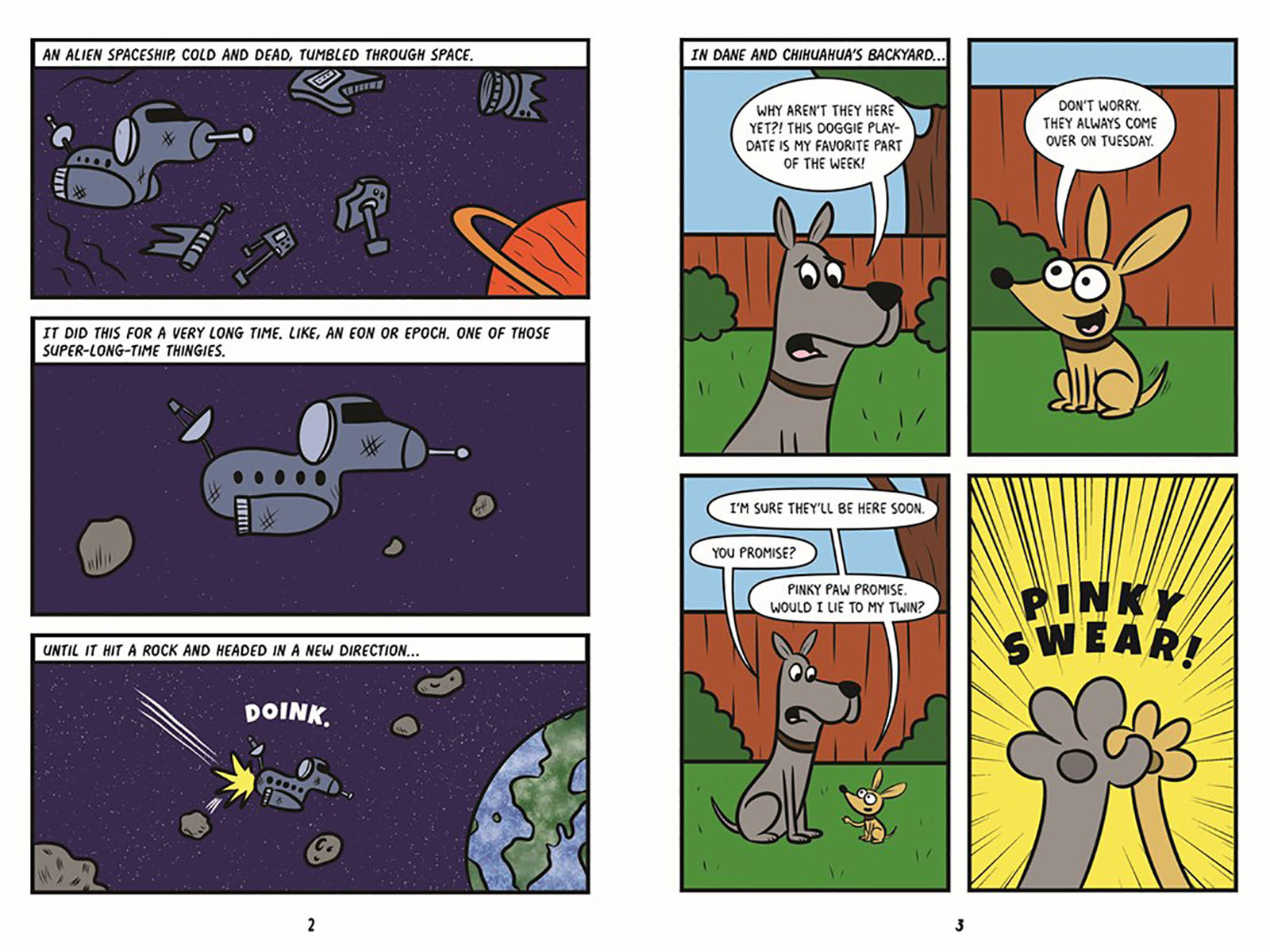 In this first adventure, the Hound Heroes' origin story is revealed when a spaceship crashes in their backyard, giving them superpowers! But they aren't the only ones who benefit — neighborhood alley cat The Claw also gains powers, and she only wants one thing: to destroy the Hound Heroes!

A nonstop romp full of hilarious action, Hound Heroes is sure to be a hit with young fans of graphic novels.

Praise for Beware the Claw!

". . . the jokes are so dopey they're clever . . . the most appealing feature may be the characters' expressions. When a kitten uses Sheepdog as a stepstool, the dog's befuddlement is priceless . . . filled (with) bold, eye-catching blocks of color." — Kirkus