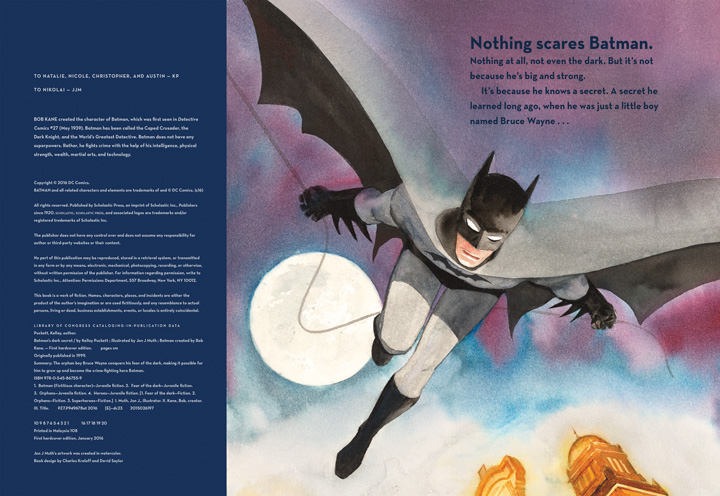 In advance of the new Batman movie coming out in March 2016 comes a larger, hardcover version of Batman’s Dark Secret! The cover features a new illustration by Caldecott Honor winner Jon J Muth!

One day, a lonely orphan named Bruce Wayne finds himself in a dangerous situation. He defends himself against a monster bat—and he wins. From that time on, he is determined to fight evil. He becomes... Batman!

Batman’s Dark Secret is an inspiring story of how a young child overcame his fear of the dark and became a crime-fighting superhero.